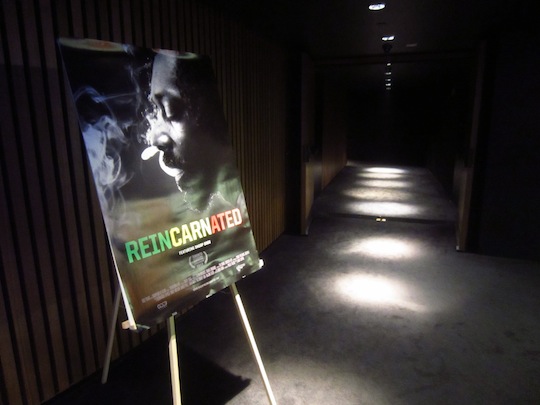 As the closing credits for Reincarnated's world premiere began to roll, I breathed out a sigh of contentment.

"Well, I feel like that kind of answers our question," I said to Nina.

"Does it, though?" she asked, skeptical.

The question is the one that has been plaguing us ever since April 20, when Snoop Dogg announced the dates of his North American tour: why the hell would Snoop Dogg visit the likes of Cold Lake, Alberta? (And further, why would he visit the Cold Lake Recycling Centre while there?) 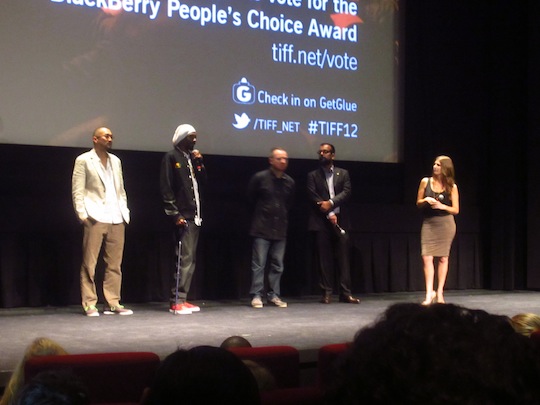 "We could ask him," Nina suggested.

"It's not really related to the movie," I said, sheepish.

Nina, however, was not so shy. As her hand shot up, I felt my heart pounding in my chest. The moderator pointed to her and then Snoop Lion was looking directly at us, only four rows away. 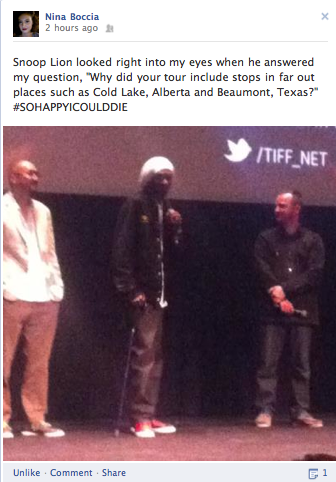 "On your most recent tour, why did you choose to include small towns such as Cold Lake, Alberta and Beaumont, Texas? Did it have to do with this reincarnation?"

Snoop answered without hesitation. The tour destinations had been chosen deliberately, by him. He believes that it's important to perform in smaller communities because places like Cold Lake are often forgotten--and because so few other artists will go there.

It was so honest and earnest that I nearly cried tears of joy. It was totally worth the $40 we paid to attend the gala screening just to hear that response--and to witness Nina speak directly to Snoop.