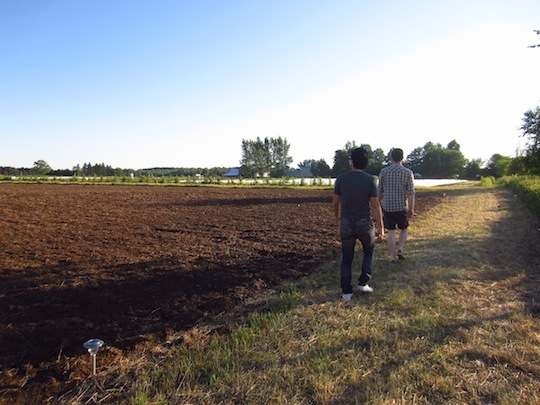 The truth is, I don't even know how to properly articulate this, but last night was one of those rare occasions that was relatively uneventful--yet perfectly serendipitous and magical in the most unexpected way.

Here's the back story: A year and a half ago, I was out at the bar when I met Ramsey and Chris at Stone's Place. "Clearly, we are meant to be friends," I later wrote on my blog about the encounter. But I was worried about how I could ever possibly develop a friendship with two guys that I quite literally picked up at the bar. 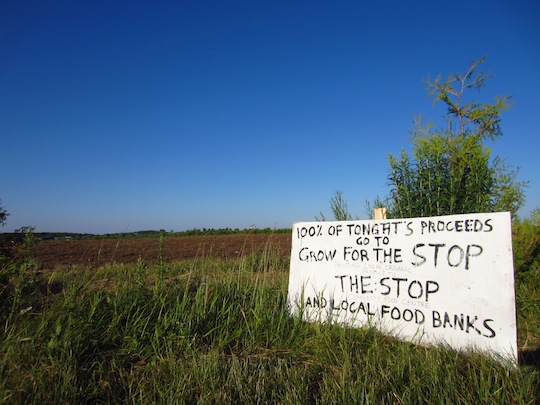 We didn't talk much again until June, when I was working on a story for Our Green Home about how local food reaches consumers. As it turns out, Chris was working for 100km Foods and offered to take me on his pick-up route. I spent 12 hours stuck in a truck with him and by the end of the day, he was stuck with me.

One of our last stops of the day was the New Farm. It was clear that it was a really special spot. (I dedicated an entire blog post to its outhouse. That's saying something, right there. ) 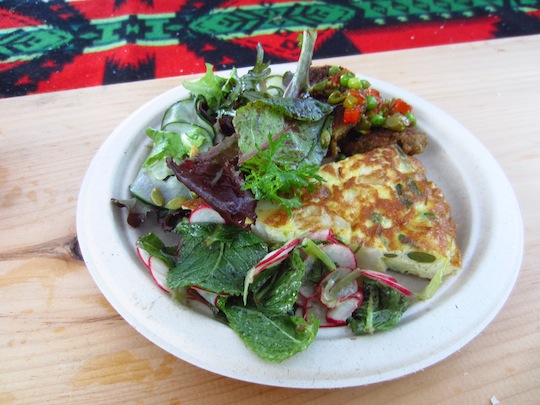 So when Chris invited me to camp with him and Ramsey up at the New Farm for Grow for the Stop, a charity event where Toronto chefs serve up local food, it somehow seemed very full circle. (The mint and radish salad picture pictured above was dope, by the way. I can't complain about the fried green tomatoes from Keriwa, either.) 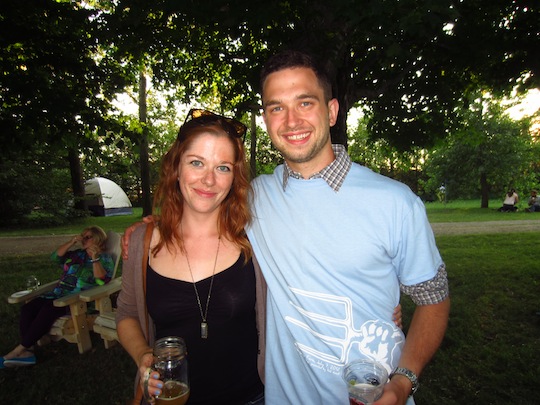 (This picture is for Monique. Me and Carl Heinrich, the winner of Top Chef Canada. "This is my first photo request," he told me. I felt like a dork, especially considering that I had only learned of his existence about 30 minutes earlier.) 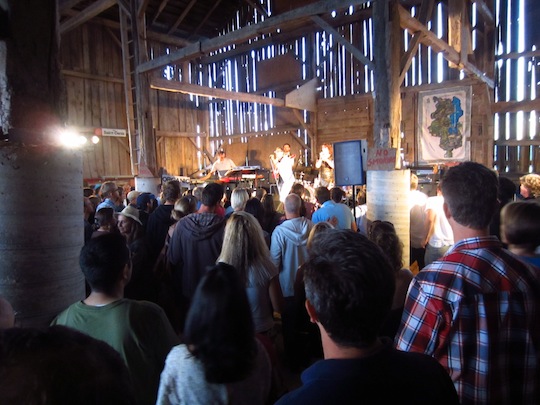 But it gets better. After I finished consuming two platefuls of food and two beet donuts (which may not sound excessive, except for the fact that I ate three more donuts before the night was over) we went into the barn, where Stars was playing their first show in a year. 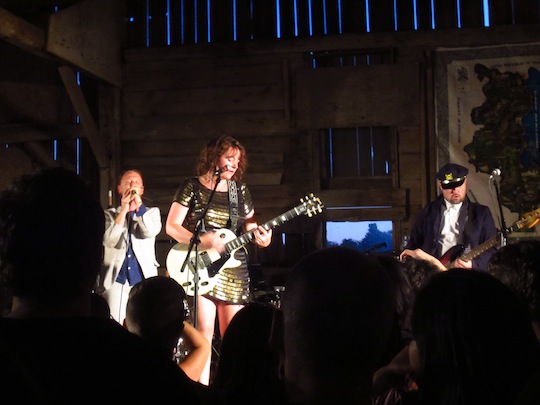 Maybe it's my hangover or maybe it's just that there are no other words that are appropriate, but it was magical. Dancing and singing along, I found myself surrounded by friends that very well could have remained strangers.


The best part though? When Amy's mic cut out and a barn-wide singalong broke out. (The video is a short clip of Ageless Beauty.) 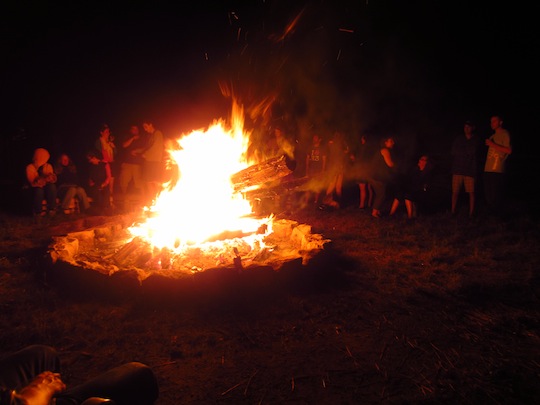 The next morning, Chris, Ramsey, Sasha (who had joined us later in the night, along with Courtney and Darren) and I packed up our tent in the damp and drove back to Toronto, giggling the whole way.

At home, I washed away the previous night's bonfire and booze and got ready for work. With time to spare, I decided to walk around the corner to my new favourite coffee shop, Lost and Found, journal in hand.

"I just feel so lucky sometimes, you know?" I told the proprietor, Justin, as he handed me my double Americano.

"I can tell," he said, smiling. "Positivity is just radiating off of you."