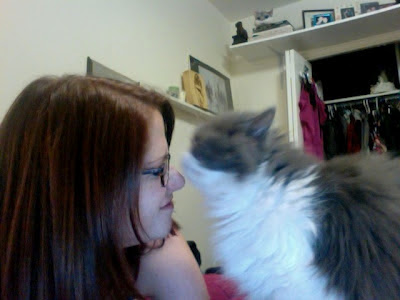 It seems strange to type those words—not because they’re not true, and not because I find them unsettling—but rather because I’ve never thought of myself as anything other than a singular person.

I've never been defined by my relationships. ("You're maybe the most fiercely independent person I know," Alex Dodd once told me. Jay said the same, but was a little less kind in his phrasing. "You're a flight risk," he would often say, only half joking.)

Maybe my first problem—or my only problem—is that I’ve never been the type to fade into a relationship until I become a contented version of someone else. (Although part of me desperately wishes that I could become that I was that type. Is that even a type? I don't know.)

Even now, looking back on the last six years of my life, I'm completely baffled as to how, or why, I've been as lucky and fortunate in love as I have been. (I am, quite honestly, undeserving.) I've had amazing boyfriends and partners who have understood and appreciated precisely just that about me—I am my own.

But somewhere along the way, I've lost part of myself. So I'm working on a plan to get back on track.

1. I’m going to find romance in my life again.
My greatest failing as a girlfriend, a partner and a human being in general, is that I’ve grown to be a bit too pragmatic. I'm too realistic, too hardened, too set in my routines.

I've forgotten how much I like the sounds of particular words on my tongue, how a single moment can last a lifetime, and how strangely comforting insomnia can be. I've forgotten how to find magic in the every day moments in my life.

I want that back.

I want back the romance that I've never found in other people. I want to remember how to love recklessly.

2. I’m going to learn to love music again.
I’m going to start going out to shows again. I may even learn to play the banjo, which is something I’ve wanted to do for the past five years.

3. I’m going to travel again.
Not that I ever stopped travelling. But the last time I took a lengthy trip overseas was in 2006 (!!!). I only have two more years to visit seven more countries. (First up? Southeast Asia, because I might as well finish knocking off the clichéd tourist destinations before I finally make it to Kiribati.)

4. I’m going to finish writing my book.
I'm writing a book with my friend Carla. It's fiction. I haven't written fiction in over 10 years.

It is hands-down the best thing that I've done for myself in a long time.

5. I'm going to live a TV-less life again.
I nearly wrote "I'm going to move my life offline," until I realized how utterly preposterous that idea is. (I have been blogging for almost 15 years now. I doubt I'm going to stop anytime soon.) But TV? TV I can live without. I'm sick of staring at screens.

6. I'm going to bake bread more often.
I love baking, but I don't know the last time I kneaded bread. Six months ago, maybe? My two new male roommates will undoubtably reap the benefits. But first, I have to live through one more month of homelessness (I move in July 1) and learn to use a gas stove.

Email ThisBlogThis!Share to TwitterShare to FacebookShare to Pinterest
Labels: dating