Before I reveal my 2012 resolution (which, as per usual, isn't really about saving the world or improving myself), I thought it imprudent to give one last final update on Year of the Deal (which should probably be just be referred to "Year of the Only Sensible New Year's Resolution That I've Ever Made" from here on out).


The Resolutions
1. Coupons: I'm going to learn how to use them. Then I'm going to use them. And then I'm going to laugh all the way to the bank.
Verdict: Success!
By using coupons alone, I saved $497.62 over a 11-month period. It may not seem like a lot, but that's nearly an extra $50 my pocket, every single month. I'll take it!
I'm definitely going to continue couponing in 2012, although perhaps a bit less obsessively. (I'm concerned that we won't use up all our stockpiled shampoo before the apocalypse.) 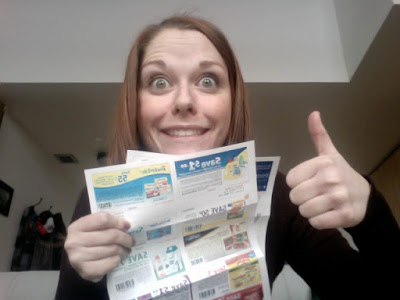 2. Sales: I'm going to become one of those people who buys Christmas junk in January and saves it until the following December. And I'm going to rediscover my love of Value Village.
Verdict: Success! (Well, sort of.)
I discovered that the Christmas junk that you can buy in January is actually, well, junk. After spending hours scouring the post-holiday discount aisles, I came to the conclusion that there are very few occasions for which I can justify buying pumpkin-shaped coasters or yet another box of no-name brand chocolates. I actually saved more money by ignoring this resolution all together.
As for Value Village, the same rule of thumb applied; why buy pilled secondhand sweaters when I can buy nothing at all? Instead, Jay and I did two massive clean-outs of our condo, with donations going to Goodwill. I also sold some of my clothing to Common Sort. Our next major clean-up is scheduled for this week. (To quote Jay, "You are the opposite of a hoarder.")

However, when it came to online shopping (everything from booking a car to ordering clothing from the UK) I fell in love with using coupon codes listed at RetailMeNot.


3. Entering contests: Why not? Someone has to win, right?
Verdict: Fail.
Three words: Waste. Of. Time. This resolution was great for when I had tons of time and was unemployed, but there was no payoff. All I got from this was a daily explosion of junk mail. I stopped entering contests in February.
Instead, I signed up for Web Perspectives, a Canadian survey company. I only fill out the surveys when I have time, but so far I've earned three free movie tickets. (A far better use of procrastination time than just refreshing Facebook.) I'll probably continue doing this in 2012.
4. Reward Points: I'm already a near-obsessive rewards point collector. But this year, I'm going to take it to a new level.
Verdict: Success!
I thought I was a obsessive rewards points collector, but I was wrong. Very wrong. I had so much to learn about points collection and I still do.
In 2011, we earned roughly $100 in free groceries from Airmiles, my summer flight to Alberta was covered by Aeroplan, and after mastering the Shoppers Optimum point program (we earned nearly $175 worth of free stuff this year), I decided it was time to apply for a Shoppers credit card.
Having so many credit cards (shamefully I currently own four, although I'm about to cancel one) terrifies me, but I'm entering 2012 with a $0 balance on my rewards cards and have paid zero interest. As long as I can keep that up, the payout is worth it. Rule of thumb: only charge what you already have in your bank account and pay it off as soon as you get home. 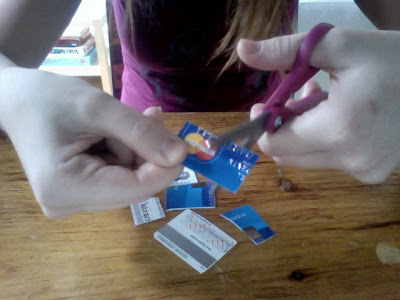 5. Free Stuff: I'm going to try and get free stuff this year. But only free stuff that I'm going to legitimately use.
Verdict: Success!
But seriously, I don't need 10 bottles of travel-sized conditioner. And after six months of thoroughly enjoying my Luxe Box subscription, I've decided that it may be time to cancel soon.
Best of Year of the Deal
Best Investment: Travel insurance. When our flight was delayed by 14 hours on route to Geneva, we missed our connecting flights and had to pay for hotel rooms. Best $50 ever spent. 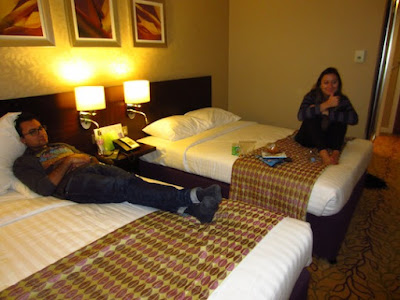 Biggest Splurge of 2011: So, there was this one time that I went to Louisiana. And then I went to Peru. And then I went to Switzerland. Totally worth it, though.
Biggest Savings of 2011:
1) Instead of buying Brock a $30 winter dog coat from a pet store, we went to Goodwill and bought a child's sweatshirt and cut the arms off. It cost us $2. 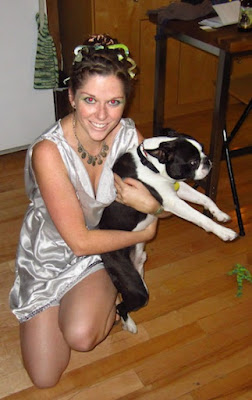 2) For Halloween, I dressed up as Medusa. I wore my cocktail dress (aka the "silver potato sack") from Miss Universe Canada. When I couldn't find toy snakes at the Dollar Store, I bought them for $16 at a toy store. And then, on November 1st, I reaffixed the price tags and returned them to the store.
The Real Resolution
Apart from my innate desire to hoard discounted laundry detergent, there were other forces at play when I resolved to make 2011 "Year of the Deal." At the start of 2011, I was unemployed, receiving EI and basically living out an extended adolescence. 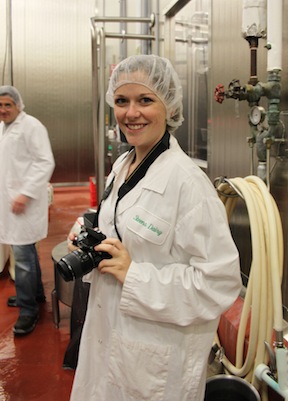 Now, largely thanks to Jay's constant support (financial and otherwise), I have a registered business, RRSPs, a reasonable and sustainable freelance income, and a small amount of money in savings. I've been able to pay off a chunk of debt and by 2014 (knock on wood) I will be out of debt.

I really didn't mean for it to be about self-improvement. It just turned out that way.
Posted by Jess at 1:59 PM

Email ThisBlogThis!Share to TwitterShare to FacebookShare to Pinterest
Labels: coupons, debt, Year of the Deal