Despite the language and cultural barriers, I guess you could say that Helka was the first person I ever felt a “connection” with. We came from completely different places, but we were kindred spirits in a way that only teenage girls can be. Hours would be lost together, lounging around her house discussing politics, art, music and current events. And even when I accidentally made out with Jason H. (who she had a long-standing flirtation with) behind the mall, she was forgiving. But above all else, we had fun together. 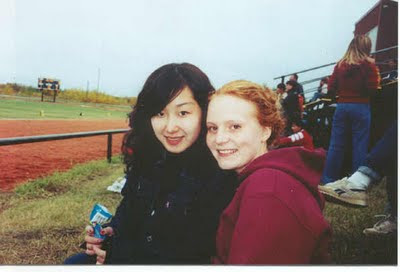 It was something that we had talked about from the beginning—about how before she left Canada and as soon as I turned 18, we'd get matching tattoos.

At the end of the school year, I found our ride to Edmonton. I didn’t know Kyle that well, but he had a car. And at first, he was enthusiastic about the idea. I suppose it was very punk rock of him (or something like that) to escort the Finnish exchange student and the school freak to the city just to get tattoos.

But as the trip grew closer, Kyle quickly realized that we actually planned to follow through. On the day of, his reluctance to take us on the six-hour journey was obvious. “I don’t want my mom to find out,” he worried. 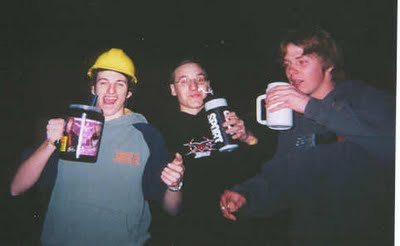 There was a sense of urgency, though. Helka was trying to extend her stay in Canada, but without approval from the exchange agency she'd be leaving in just over a week. In order to convince Kyle, I sweetened the deal by offering him something that only an 18-year-old boy could appreciate the true value of—two 7-11 dollars and a fully stamped Subway sub club card. (Okay, and I’m sure it also didn’t hurt that we were occasional make-out buddies at the time.)

With that, it was a done deal. We piled into his car—me in a ‘70s rainbow belly shirt, Helka with her red hair piled in a loose ponytail, Kyle with an anxious look on his face and pre-Fergie Black Eyed Peas in the CD player.

I don't remember the drive there. All I remember is arriving in the city and being completely overwhelmed; there were more than two lanes of traffic and we had no clue where were going. It was a classic case of small town kids trying to navigate the "big" city.
In due time, we found my brother's apartment and Andrew agreed to drive us to Whyte Avenue. It was late, but we managed to score the last two appointments of the day at Divine. "Just so you know, I don't approve of this," Andrew told us in obligatory older-brother fashion.
I went first. The tattoo artist had a lazy eye. While one eye was looking down at my hip, the other eye was vacantly staring up towards me. “Are you sure you girls don’t want something bigger?” he prompted. “I feel bad doing so little.” 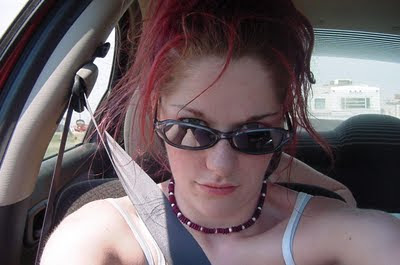 But no, it was enough. We took pictures that day--each of us grinning into the camera, thrilled as the black pigment settled into our skin. It didn't feel like the end of an era. It felt like the start of something new.

That night, as we drove north towards Cold Lake, we sang along to Sublime. "Yes," I thought, satisfied with the burning ink on my left hip. "Love is what I've got."
Posted by Jess at 8:03 PM