As a child, the thought of my very own puppy consumed my every waking moment. But since my parents refused to get me a dog, I knew there was only one way it was going to happen--Santa Claus.

My letter that year was carefully crafted. I'd been a very good girl, and surely Santa, unlike my parents, would understand my need for a furry companion. 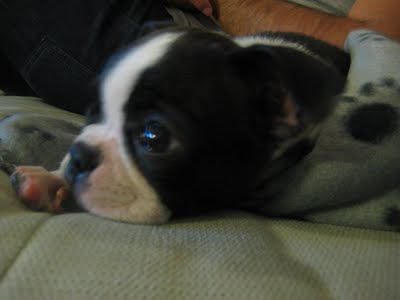 On the day that Santa's reply arrived, I eagerly ripped open the envelope and asked my mom to read it aloud. While the other kids in my class had received relatively generic letters about their demands, Santa's words were heart-breakingly specific.

"I'm sorry, Jessica," it read, "but a puppy would get too cold in my sleigh." (Years later I found out that my mom, who worked for Canada Post, was also one of Santa's elves. She volunteered to help him write letters.)

I bawled. It made perfect sense why he couldn't deliver a puppy to me. Without Santa, there was no hope. 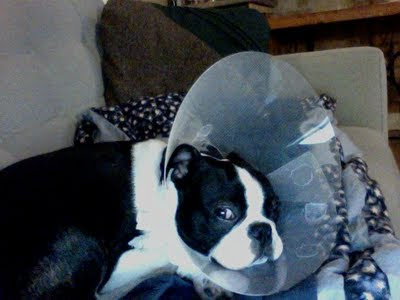 But the dream never died.

So when Jay and I drove up to Owen Sound last September to pick out my first dog, it seemed too good to be true. Falling asleep that night (and every night for the next eight weeks) I said words that I thought I'd never get to say. "I have a puppy," I'd say in hushed disbelief. 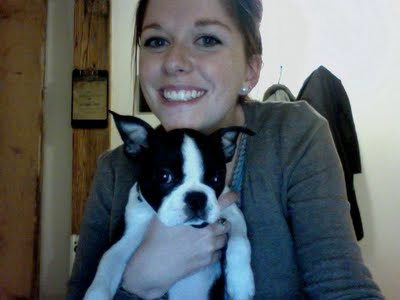 Despite my giddiness, I couldn't shake the worry at the back of my head. "I don't want to tell anyone about our dog or put any pictures of him on Facebook," I confessed to Jay. "I'm worried that something's going to go wrong and we're not going to get him." 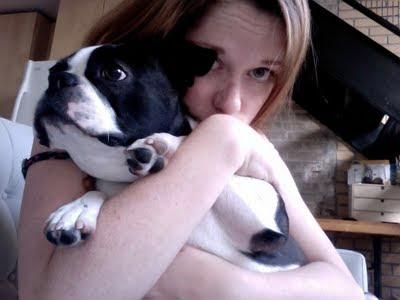 I was in Guyana when I received an email from the breeder. With less than a week to go until he was supposed to come live with us, our puppy was sick. "The only dog that picked up this virus was yours," she wrote. "So you have several options. You could wait for him to get healthy or you could pick a different puppy." Reading between the lines, I realized that there was a chance that he might not make it.

Again, I was heartbroken. I had only spent a few minutes with the dog, but he was my puppy. Crying, I called Jay and explained the situation, worried that he'd want to pick another dog from the litter. "Well, we'll wait for him to get better," Jay said with complete certainty. "He's our puppy. We're not going to abandon him."

It was the right decision. A week later, Brockton came home to live with us. 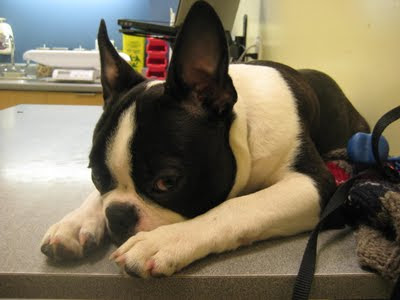 I'm going to be honest--it's not everything that I dreamed it would be. Part of me hated him at first. He had giardia and it felt like we had to take him to the vet every week. And every hour, on the hour, I'd have to bundle up (and bundle him up) to take him down the flight of stairs to the alley outside our condo. He cried and he whined and he didn't have a single solid bowel movement.

But sometime, somehow, despite the laser shit, I managed to fall in love with him. 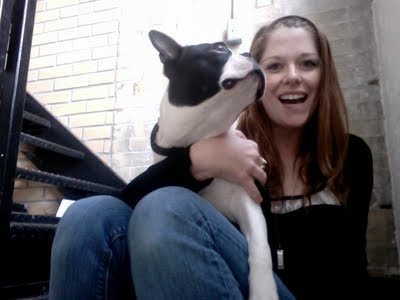 Email ThisBlogThis!Share to TwitterShare to FacebookShare to Pinterest
Labels: Brockton the Boston