June Savings: Year of the Deal 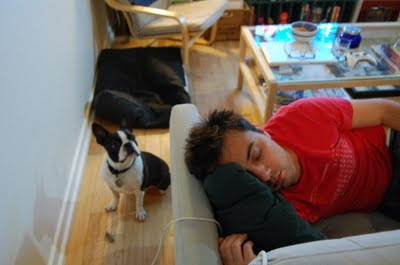 Like May, June was an abysmal failure when it came to attempting to track my spending. I was in Peru for 10 days, so I tried to modify my goal. Instead of tracking my monthly spending, I was going to determine exactly how much a trip to Peru, souvenirs and all, cost me.

It was a stupid and ill-planned goal. Receipts are hard to come by in Peru and the last thing I wanted to do on vacation was to write down all my purchases and then convert them to Canadian currency.

It cost me a lot of money to go to Peru, particularly when you factor in the cost of replacing my stolen camera. But it was worth every dime. So instead, some triumphs:

I'm basically bleeding dough, but my life is awesome so I don't really care right now. It leads me to believe that maybe I've been going about this the wrong way--maybe instead of focusing on saving money, I should shift my focus to making money?

Year of the Deal: June Savings

Email ThisBlogThis!Share to TwitterShare to FacebookShare to Pinterest
Labels: travel, Year of the Deal