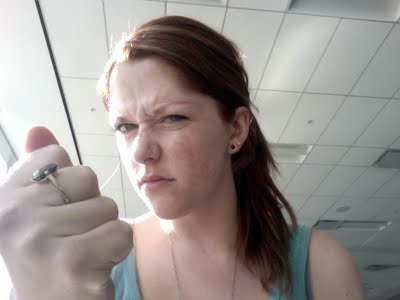 
Twice a year, I board a plane in Toronto to make the journey home to northern Alberta. As a frequent flyer, I've long defended Air Canada whenever friends make complaints. Over the last seven years, Westjet and Air Canada have been interchangable for me as my air service provider of choice--until today.

This morning, I arrived at Pearson Airport with Brock (my dog) and my partner in tow. A month prior to my flight, I had made a reservation with Air Canada Cargo to book Brock on the same flight as me. My complaints are as follows:

1) I called Air Canada Cargo three times prior to my flight; once to make an inquiry, once to make my booking and a third time to confirm it. During these phone conversations, it was not indicated at any point that there was a drop-off location separate from the airport.

2) Nowhere on the Air Canada Cargo website does it clearly or explicitly state that shipments (including pets) need to be dropped off at a separate building that is a 20-minute drive from the airport. Apart from the name difference, it's not at all clear that the two businesses are separate.

3) On three separate occasions at the airport, I sought help and assistance and was given incorrect information:
a) Upon arrival at the airport, I immediately notified the kiosk attendant that I needed to check my dog with Air Canada Cargo. The attendant directed me to go to counter "C" and said this is where they would help me.
b) Upon arrival at counter "C," we stood in line only to be informed that we should be at counter "D." Again, we confirmed with the second attendant that this is where we should drop off our dog that we had booked with Air Canada Cargo.
c) While standing in line for counter D, a third attendant passed by and asked if we had already paid to ship our animal. Again, I told him that I had a booking with Air Canada Cargo. He confirmed that we were standing in the correct line.

4) Once we reached the front of the line, the counter agents let us know that we were in the wrong building to drop off our dog. However, they did not know the address or location of Air Canada Cargo, or even its distance from the terminal.

5) The counter agents told us that an embargo was in effect and that I would not be able to travel with my pet--despite my booking number and two confirmations phone calls with Air Canada Cargo. When I insisted that I could travel with Brock, they were helpful enough to call Air Canada Cargo to confirm this information. The only problem was they didn't know the phone number for Air Canada Cargo, which took two agents 10 minutes to find.

As a result of Air Canada's inability to adequately train their staff I nearly missed my flight, Brock nearly missed his flight and my partner was late for work. Being misinformed by three employees is unacceptable service.

Upon arrival at the Air Canada Cargo building, we were greeted by the most friendly and helpful staff we had encountered all morning. Their first comment? "Yah, it's a little confusing." Clearly our complaint is a common one. So why isn't anything being done to resolve this issue?

Jessica
(Edit: I haven't sent this yet. Why? Because I have a sneaking suspicion that Brock is going to end up in Edmonton hours after me, despite being booked on the same flight.)
This is part of a a possible new blog series called "Hate Mail." If you have any complaints about Air Canada, leave them in the comments below and I'll be happy to pass them on when I actually mail this letter.
Posted by Jess at 9:24 AM