If you could give one piece of advice to graduating students, what would it be? As my Facebook newsfeed fills up with prom photos (courtesy of that one time I spent a week in Punta Cana with 275 high school students), I've been grappling with this question. Unlike Mary Schmich, I'm not sure that instructing students to wear sunscreen would be my primary concern.

I guess the more I think about it, the more that I'm beginning to realize that the real question is if you could give any piece of advice to your graduating self, what would it be? 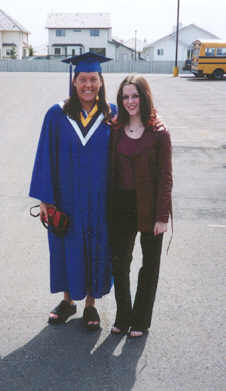 I was smart at 18. I knew certain intrinsic truths that a high school student shouldn't know. I knew then that I wouldn't always have pink hair or weigh 110 lbs. I knew that after graduation, my best friends wouldn't be my friends. (This was a truth that I should have kept to myself. Maybe it was a self-fulfilling prophecy in that way.) I knew that most of the girls in my graduating class would stay in Cold Lake and have families--and I knew that I didn't want that for myself.

When I was 18, I hated the phrase "when you get into the real world." High school is part of the real world, although it's an unforgiving and harsh version of reality.

I knew that it was useless to try and figure out what I wanted to do with my life, because it would change along the way. I knew that I was going to travel, although I'm not sure I realized to what extent. I knew that regret was a wasted emotion. I knew that I had to wear sunscreen. 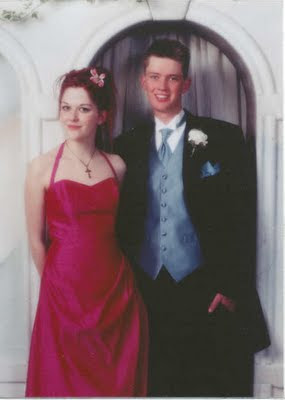 But there's a lot of things I didn't know.

I knew I wouldn't stay in Alberta, but I never thought I'd move to Ontario. I had no idea that Cold Lake would someday become just another part of the rural mythologies that I'd regal Toronto friends with. I didn't know that it would take me six (!) years to finish school. I thought I'd never drink. I didn't know that my idealistic conquests would, in fact, become less important and that as a result, I would become less self-righteous.

I had no idea that people would cut me out of their lives, for reasons I still can't even begin to understand. I didn't know that my family would come tumbling apart and that home would never be the same. I didn't know, or even believe, that I'd ever fall in love. (And I've fallen in love more times than I can count.) 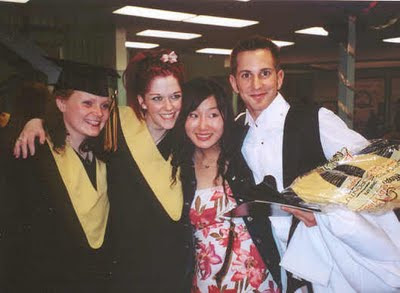 But it's the things I knew that helped me along the way.
Even after being told dozens of times that "high school is the best time of your life," I knew that it was only going to get better.
Posted by Jess at 11:50 AM