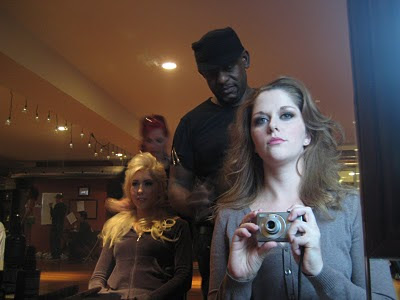 Girls are weird creatures. Weirder still is the anomaly that is the straight male makeup artist. "You have such nice lashes," Steve told me, applying mascara to my upper eyelashes. "They're so evenly spaced out." (Uh. Okay.) 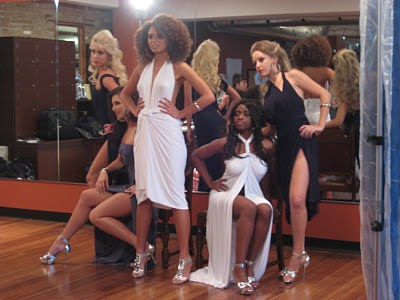 It only took three hairstylists, four makeup artists and three men to dress me before I was rendered unrecognizable. Easy as pie. "I wake up looking like this every morning," one of the girls joked.
Participating in a photoshoot, complete with a team of hair and makeup artists, was like living out a little girl's fantasy--and a bit of a grown woman's nightmare. It was like finally getting that pony you've always wanted, only to discover that you have to shovel up horse manure to keep said pony. 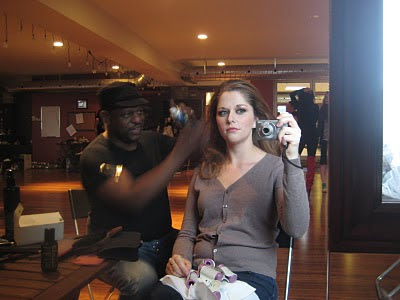 Okay, maybe that wasn't the best analogy--but I did feel like a bit of a show pony today. In fact, it was the first time in the process that I've kind of felt like a commodity. (Except in this particular case, we're all actually paying to be commodified, by way of registration fee.) That's not to say that prancing around in heels and a bikini has made me feel like a scholar. But up until now, I've just thought of it as like being at a dance rehearsal, where the reward at the end of the tunnel is a really pretty costume.
I'm not sure what was different today. Maybe it was being told that my eyebrows aren't spaced properly. (Makeup can fix that.) Or that my stretched ears cause gasps of disgust. (Fair enough, but giant fake crystal earrings made by a 15-year-old in China can cover that up.) Or maybe it's that my hair isn't big enough. (More hairspray and a guy named Bobby are the answer.) But hey, at least my eyelashes are evenly spaced. That's something, right? 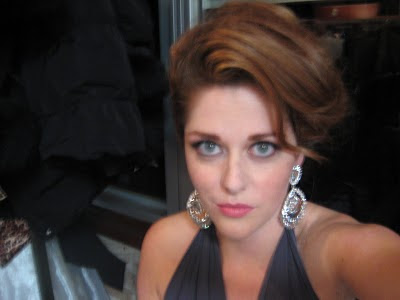 Despite having my hair teased to new heights and my breasts inadvertently groped by people adjusting my dress, I kind of loved it. I loved having a makeup artist clog my pores and I loved choking on the fumes of hairspray. I loved being told that I look like a young Ann-Margret and overhearing the pageant director talking about how he wants to bring out my eyes. I couldn't help but feel glamorous, even if it was just so someone at the end of the line makes a dime.
On the subway ride home, I tried to ignore the stares. Under the TTC lights, I looked like Tara Reid the morning after. As soon as I got home, I changed into yoga pants and a flannel shirt. And let me tell you--there are few satisfactions greater in life than cooking Hamburger Helper while wearing fake eyelashes.
_____________________________________________________________ 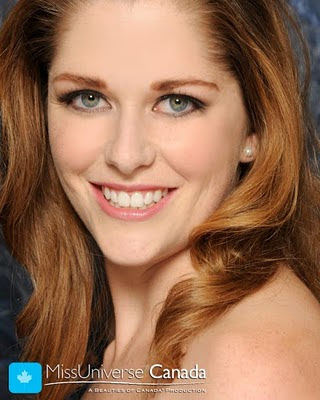 Voting on the Miss Universe Canada website is now live! The delegate with the highest number of votes will win the "People's Choice Award." Just in case you're not clear on this, I'm your favourite. You can vote up to five times per IP address here.
Posted by Jess at 8:00 AM