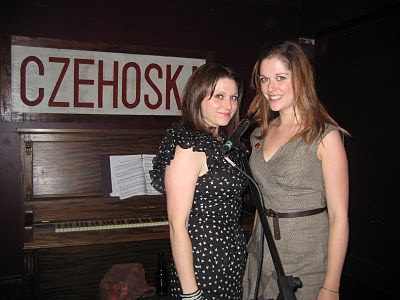 After a week of losing expensive sunglasses and transit passes, having no heat and no hot water, and prying other dog's shit out of my puppy's mouth, I was worried that trivia night wouldn't go according to plan. It hasn't exactly been my week, to say the least. No one would show up, the trivia would be too hard (or too easy) and people would leave early.
But karma must have realized that I should have some good coming my way, because last night went ridiculously smoothly and I think everyone had a good time. A total of 10 teams participated, which made the fundraiser a huge success. (We actually ran out of tables and everyone stayed until the very end.) 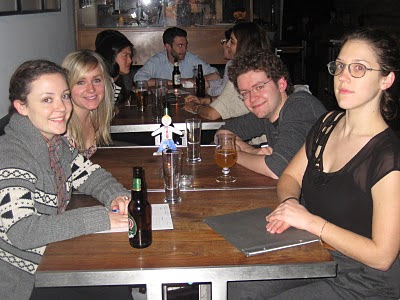 Team Accuracy & Integrity's team name was a self-fulfilling prophecy. They took first place and went home with $150 worth of prizes. 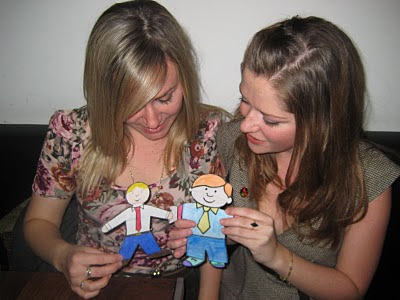 Last night's trivia was subdivided into four categories: Strike a Pose (questions about modelling and beauty pageants), Beauty & Brains (academic trivia), Miss Canada (Canadian questions) and Miss Universe (global questions).
For those of you who weren't able to make it out, here are some of the questions we asked:

1) In the 1999 film, Drop Dead Gorgeous, beauty contestant Amber Atkins’ mom advises her, “Don’t ever eat nothin’ that can carry its house around with it. Who knows the last time it’s been cleaned.” What food item does Amber not eat, enabling her to advance to the next round?

3) Dolphins swim in a pod, crows fly in a murder and lions belong to a pride. What is a group of eagles called?

4) This year marked the 20th anniversary of the Oka Crisis, a land dispute between developers and this aboriginal group near Montreal. Name the Aboriginal group.

5) In the Robert Munch book Thomas’ Snowsuit, what is the colour of Thomas’ snowsuit?

6) From 1912 until the Chinese Civil War in 1949, China had five time zones. How many internationally recognized time zones are there in China today?

You can find the answers at the bottom of this post. 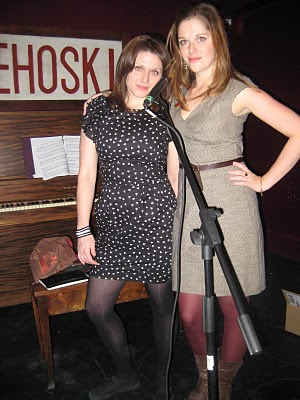 Thank you to everyone who came out and made the night an amazing success! If you weren't able to make it yesterday, we may be hosting another trivia night in January. It will likely be a lower cost ($10) for the same amount of fun.
Also, thank you to our sponsors: Czehoski, Steam Whistle, Capital Coffee & Pastries, The Toronto Star and Crumpler Canada. Finally, a big thanks to Jane Baldwin and Jessica Scott for helping with prizes, Jay for creating the flyer and, of course, Chloé for co-hosting.
Answers:
1) Shellfish
2) Edward Cullen
3) A convocation
4) Mohawks
5) Brown
6) One
Posted by Jess at 11:41 AM