Every Day of My Life

(Originally posted on the travel blog.)
"When I wake up in the morning,
And I lay my head to rest
Every day of my life I am blessed. . ." 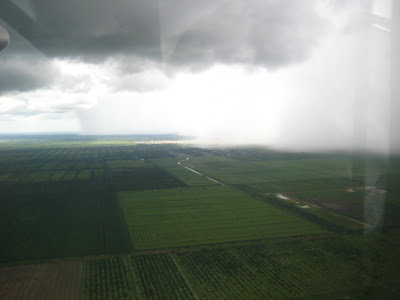 It became our unofficial soundtrack. Our theme song. Everyday of my life, I am blessed. 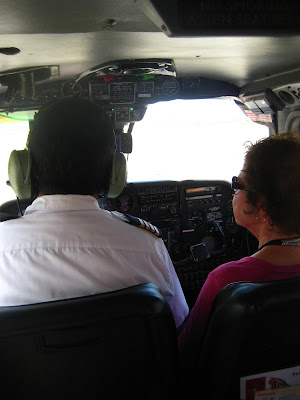 The lyrics quickly got bastardized, as ab-libbed activities were added. ("I am schlepping, I am schlepping, every day of my life I am schlepping," the team would sing, hauling thousands of pounds in luggage heavy with pharmaceuticals up muddy riverside slopes.)
But in the morning, people would quietly sing those words to themselves or loudly as a group. 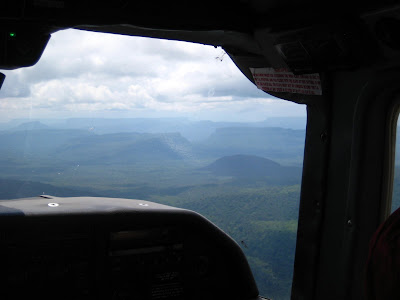 The words were our mantra, our anthem. We were blessed. We are blessed. 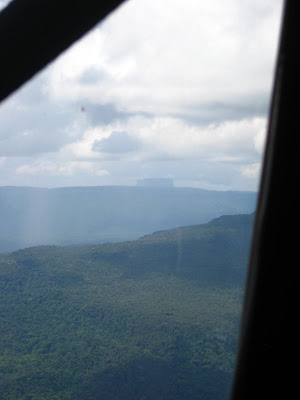 My apprehension was quelled as soon as I boarded my plane for Kamarang. Looking out towards the Venezuela border, the mountains were flat and familiar. 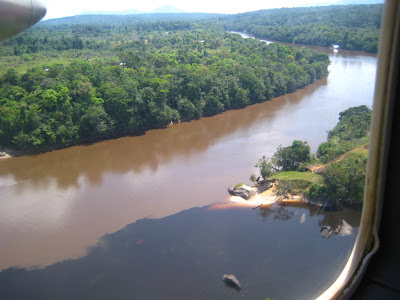 I knew that when we landed, now-familiar faces would greet us on the runway. We'd be able to wash the day's travels away in the water where the Mazaruni and Kamarang rivers meet. It was going to be okay. In fact, it was going to be better than okay. 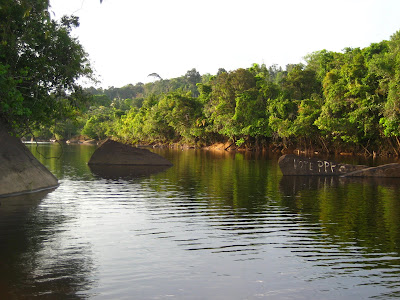 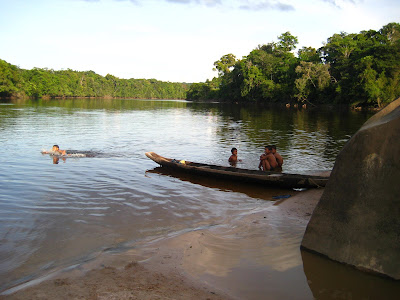 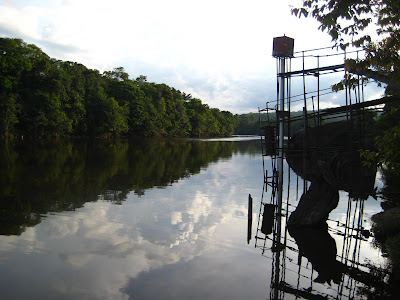 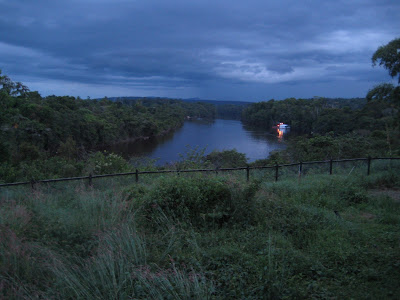 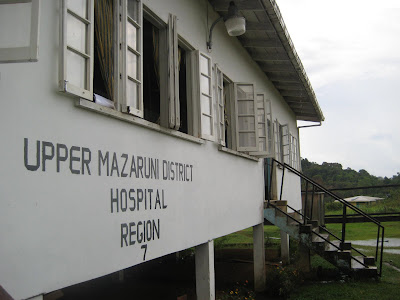 And so it went. Every day at 5:30 am, I'd wake up, use the pit latrine and wash my face. Breakfast would be fruit and porridge, or hot fried bake with cheese. And of course, instant coffee with malaria prophylaxis on the side. 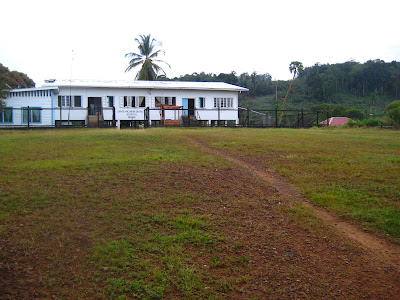 After we were dressed, we start setting up the clinic. It consisted of a makeshift pharmacy, two doctors' offices and one physiotherapist's office. At the reception area, two nurses triaged patients.
Without a medical background, I was limited in my technical contributions to the clinic. Mainly, I stuck to registering patients as they began to line up around 7:30 am. I would note their name, age, home village and weight. And if they only spoke Arawak, I would make note of which family member was on hand to translate. 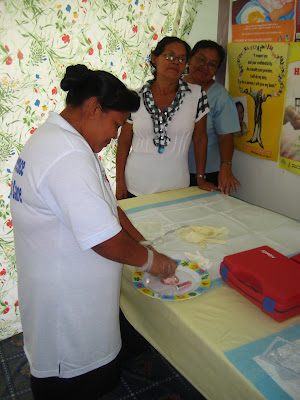 We worked in partnership with the local community health care workers, like Midwife Corinna, Medex Brenda and Medex Willie. (Pictured above, left to right, learning how to insert an intraosseous needle into a piece of chicken). 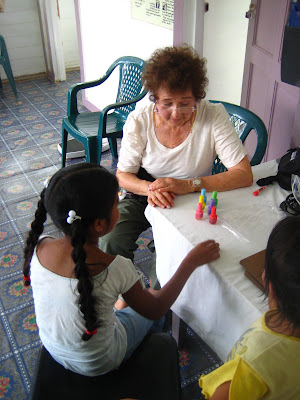 Some days the clinics were slow, giving us an opportunity to spend time with the community members and community health care workers. On these days, Glenda, the physiotherapist, would open her beauty clinic.
But overall, we were busy. We were dripping-with-sweat, schlepping-bags-all-over-the-interior, attempting-to-decipher-Guyanese-accents busy. In less than two weeks in six different communities, we saw over 500 patients, spoke at elementary and secondary schools to over 800 students and held public health workshops. 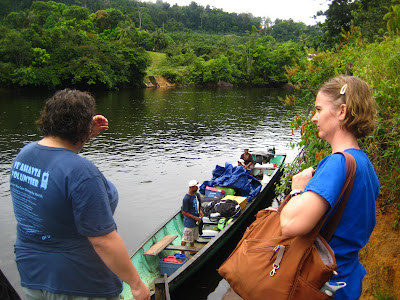 When our time in one community ended, it was again time to schlep onwards to the next community. Into the boat and out of the boat, up the hills and down the hills, with all our luggage in tow and a few precious hours on the water in between to reflect and burn under the intensity of the Guyanese sun. After Kamarang came Waramadong, then Jawalla, before Bartica and Itaballi. 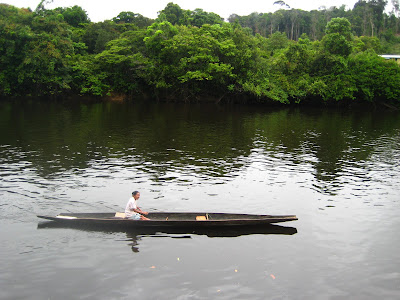 The hours on the boat were spent playing games, huddling under umbrellas and in silence. It was on the boat headed back to Jawalla when the words came to me. I couldn't place them at first. They were more of a feeling. A reminder. "You are an unconquerable libby-bean-eating superman."

They had been written by my high school English teacher, after I returned from Vanuatu. Today I read the rest of the five-sentence email, which is full of other praises, but that particular sentence is what had stuck in my mind all these years. 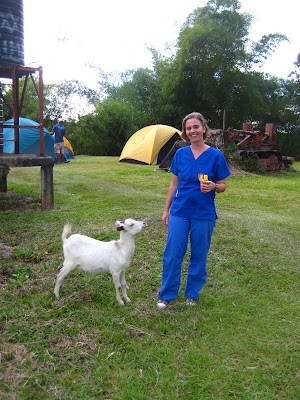 The second community we visited, Waramadong, was a highlight of the trip. The community has a huge boarding school, where 600 students aged 12 to 17 study. 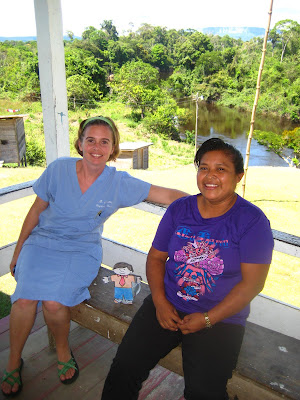 Flat Stanley made a lot of friends. 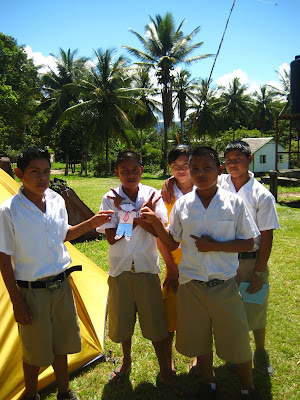 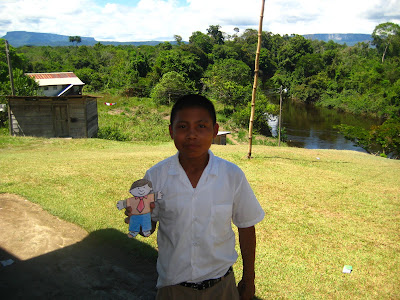 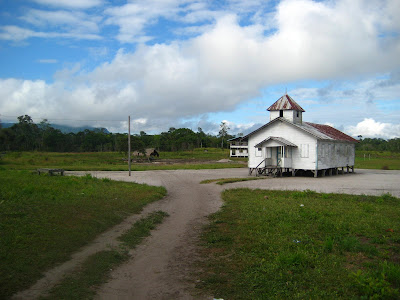 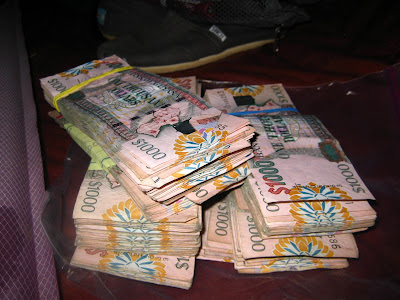 Other favourites of the trip: money. Paying for everything in what is essentially $5 bills ($1000 is the highest denomination and equivalent to $5 USD) resulted in carrying around a very hefty stack of cash at all time. 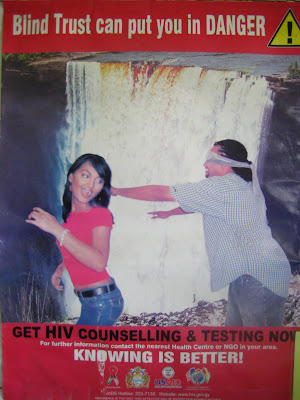 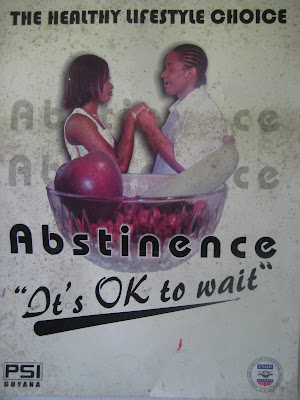 I particularly liked the fruit symbolism in this one. 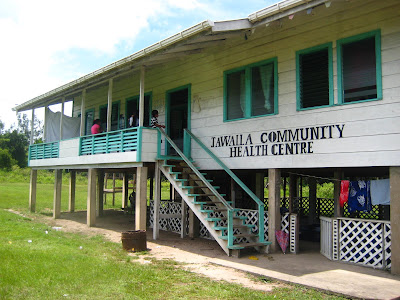 Jawalla was the last community we visited in the interior. 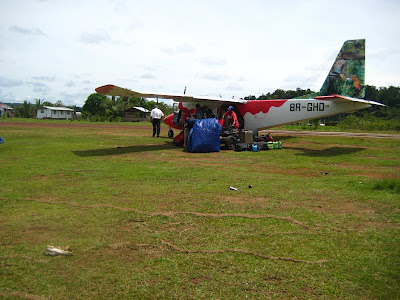 And before we knew it, it was time to board our plane to Bartica. 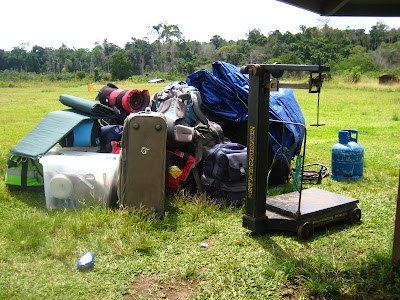 After nearly 10 days in the Upper Mazaruni, we had considerably less luggage to schlep back to Bartica. Only 1000 pounds. No biggie. 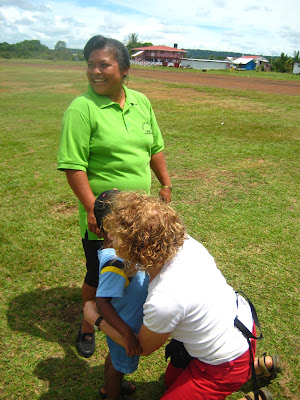 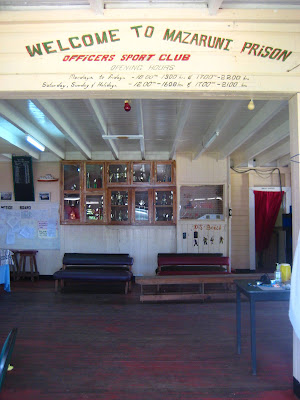 But it wasn't the end. The hands-down, most interesting (and arguably best) day of our trip came during the second week. As we sat at a Brazilian restaurant in Bartica on Wednesday night, I was inundated with questions from the volunteers. We were set to head to the Mazaruni Prison the next day. "Don't worry," I assured them, "we'll receive an orientation when we arrive and I'm sure there will be lots of security guards on hand."
The next morning at the prison, everyone was still with nerves. There was no singing.
"We are understaffed," the superintendent of the prison warned us, "but there will be security guards. We'll bring out the prisoners in groups of 15." Okay, 15 patients at a time and seven volunteers? We could handle that. No problem.
Then the patients started streaming in. At first it was 15, but then they kept coming. Once they had all arrived, it was clear that there was a group of more than 40 prisoners and only two unarmed guards in the room with us. They were long-term sentence prisoners. Thieves. Murderers. Rapists.
We were silent. We didn't know where to begin.
But as the day went on, the atmosphere of the room transformed. By noon, everyone was at ease. By the day's end, we had seen over 110 patients. 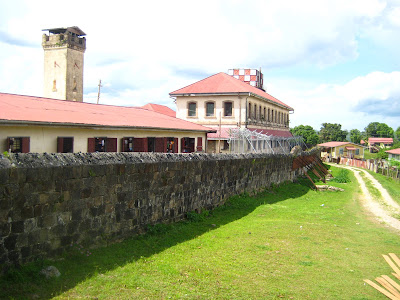 It wasn't what we expected. It wasn't just that the prisoners were orderly and obedient--there was another quality they had, which we had witnessed in our other clinics, but not to the same degree. They were appreciative.
And again, I heard the words: I am blessed.
We were a team of different religions and faiths; a Seventh Day Adventist missionary, Jewish women (practicing and cultural), a Christian who follows the Torah, a volunteer who was raised Hindu and another who was raised Muslim.
But even with our different faiths and believes, we could all agree on one thing: every day of our lives, we are blessed.
("I Am Blessed" is a gospel song, which I couldn't find a origin for. However, for a Guyana dancehall vibe, I recommend listening to Mr. Vegas' rendition.)
Posted by Jess at 3:04 PM