"I really hope you write your memoirs one day," my co-worker told me at lunch today, after I finished telling the story of that one time when I tried to get a Polish visa in Prague. (In which the direction-challenged protagonist loses her way to the embassy and instead finds herself in what appears to be a high security priest training facility, followed by wandering into someone's home and being attacked by a very large dog--only to arrive at the embassy 20 minutes before it closes to discover that it has closed early for the day.) And this comment was coming from a guy who, along with the most impressive resume I've ever seen a 20-something possess, has spent time travelling with the Governor General all of Africa as part of her delegation.

What would I write about this time in my life, though? For a long time, my life felt like it was being propelled forward by forces out of my control. There were endless possibilities, open opportunities, and strangers suddenly became friends in the flash of a smile. There were spontaneous road trips, epic singalongs, photoshoots, interview subjects and mornings waking up in the next province over. There was no money (not that there ever has been or that there will be for a while), but there was never a lack of stories.

And now, for the first time, I feel like I have complete control and power. There's no longer that sense of the exciting unknown. It could all be planned, if I wanted it to be. Condo living. Friends. Work. Grad school.

So how do I get control over not having control? How do I get back to where I was?

I'm hoping it starts with Croatia. And if not, summer always seems to work its magical ways.

(Chloe, my partner in crime circa 2002-2004, is doing an internship in Toronto, so the memories are always at the tip these days. Maybe I just miss being 19--although I definitely don't miss the hangovers. Let's just call this my own quarter-life crisis.) 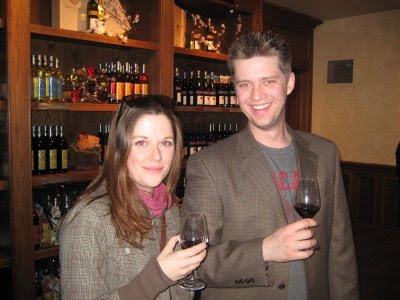