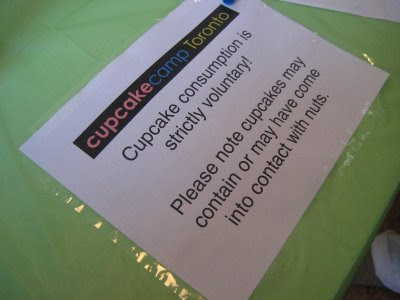 If there was ever a reason to blog again, it is hands-down today's post-brunch field trip to Cupcake Camp on Queen East. 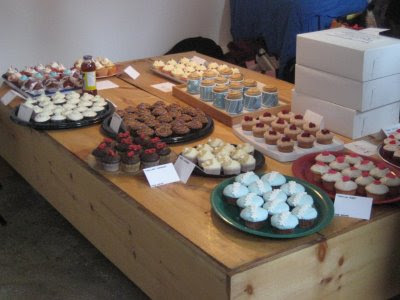 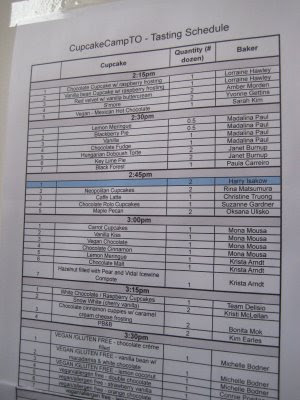 Here's how it worked: There were two different groups. There were tasters, and there were bakers. The bakers brought their cupcakes and were each scheduled in for a time slot. Throughout the three-hour period, different cupcakes would be released ever 15 minutes, and each baker would have an opportunity to describe their creation. The only catch? It was "first come, first serve" and there wasn't a lineup. 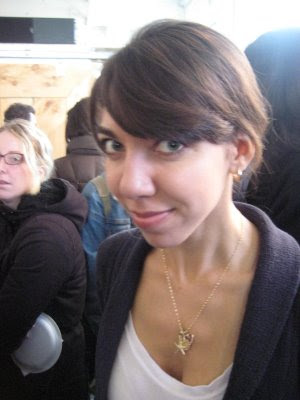 With over a hundred people at the venue, and only a few dozen cupcakes coming out every 15 minutes, it was clear that we needed a strategy in order to maximize our cupcake intake. We got our games faces on. 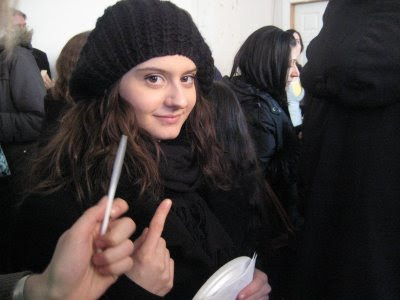 Canice and Nina were designated as the official cupcake grabbers. (Unfortunately, Canice didn't show up until later, so lost her spot on the team.) The plan was that Nina would use her height (or lack thereof) to weasel her way as close to the table as possible. Using her Red Bull-fuelled hands, she would then grab a cupcake and bring it back to the group for consumption. 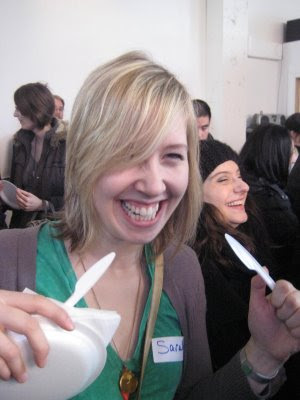 Once the designated cupcake grabber returned to the group, we would cut up the cupcake equally for two purposes: to ensure that others in the crowd also had access to cupcakes, but also to ensure that we didn't become too full so that we were able to eat as many cupcakes as possible. 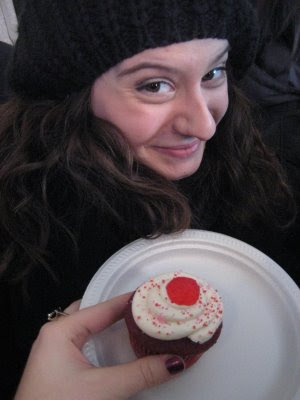 It was past 2:15 when the first cupcakes were released. The crowd was tense in anticipation, developing their own game plans and murmuring amongst themselves about whether or not they would be one of the lucky few who secured a delicious treat.

The first baker went up to the microphone, and the crowd was silent for a brief moment while she described what she had baked. Then the tray of cupcakes was set down on the table, and the crowd erupted. They surged forward and we could only hold our breath for our forward-player, Nina.

But sure enough, it was only moments before Nina emerged from the crowd triumphant, a cupcake held over her head!

It was the first of many cupcake victories to come. 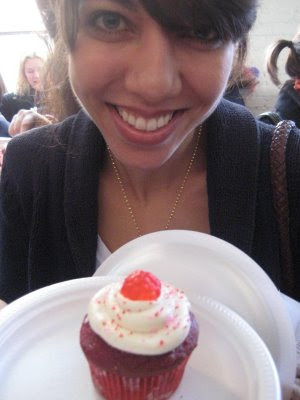 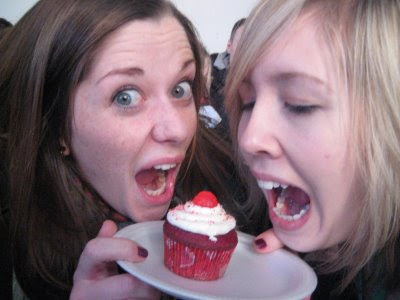 Sarah and I revel in Cupcake Victory #1. Envious bystanders looked on as we enjoyed our winnings. 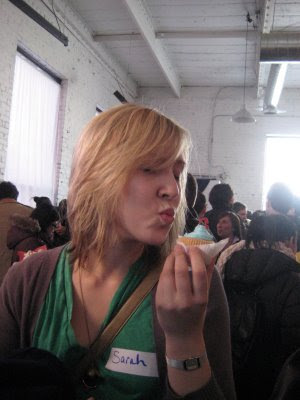 Nina missed out on round #2, but Sarah come up as a suprise cupcake grabbing superstar. Putting aside her small-town demeanor, Sarah used the patented "orangutang arm claw" strategy to secure this cupcake from the back table. Sarah reached up and over the crowd, lowering her arm into the tray like a toy machine claw, grasping at whatever she could grab. Success! 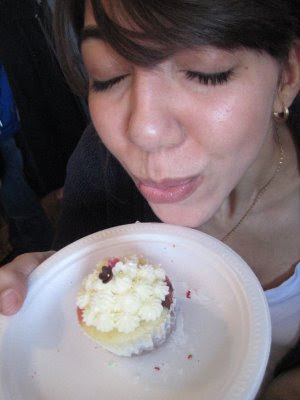 Carla also had her moment of glory when she secured this neopolition cupcake. While the rest of us waited for the cupcakes to arrive, Carla eavesdropped on a nearby conversation that revealed that the cupcakes may not even make it to the table. Following the hot tip, Carla edged closer to the tray that was moving through the crowd. And when it was lowered prematurely--she was there! 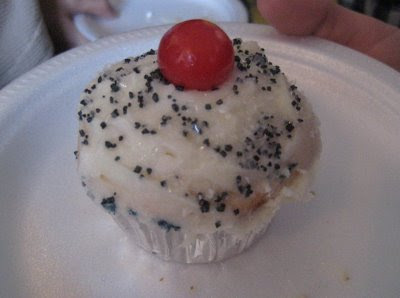 All-in-all, we sampled enough cupcakes to leave my hands shaking and my head light. 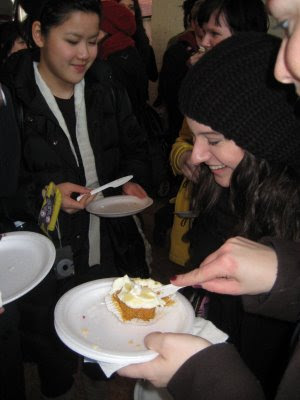 The only problem with Cupcake Camp, is that really, we were just too good at it. 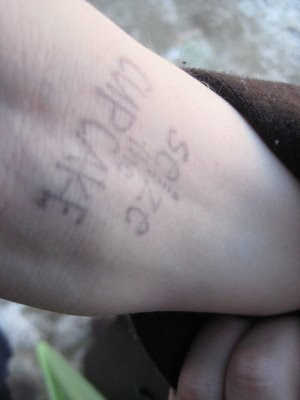 It kind of makes me wish that Cupcake Camp was a competitive sport--because if it was, I feel like it would be the first time I would feel like a winner.
Posted by Jess at 6:03 PM

Email ThisBlogThis!Share to TwitterShare to FacebookShare to Pinterest
Labels: food