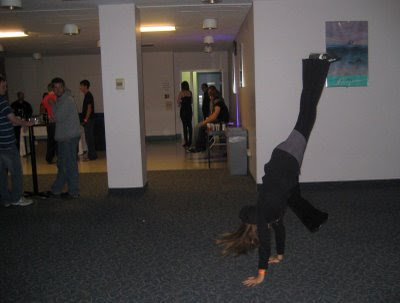 This is my new friend Maya. I met Maya at a youth conference in Halifax this weekend. Maya and I quickly discovered that we have two key things in common: we both give in easily to peer pressure, and we both like to pressure our peers. 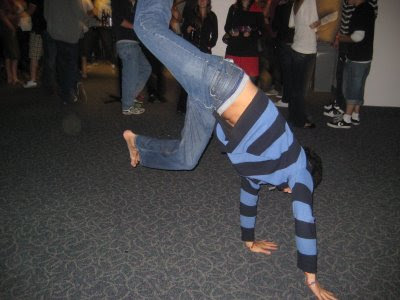 To quote Danny, "When I saw you sitting in between David and Maya during the dialogue, I thought, 'That's trouble.'" I'll admit, we were a dangerous combination. 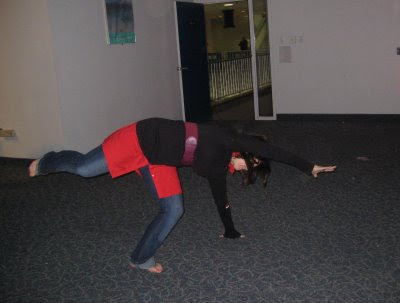 The night started off like any other. We discussed what a stone cold fox the Governor General is (seriously, I want to have her babies) and admired the empty nature of the Dal "bar."

"I really wish I knew how to do cartwheels," I told Maya. "If I did, I'd do one in the bar right now." "I'll teach you," she offered. The result? Three very pathetic attempts caught on video. (If you're interested, I'll put one of them up.) 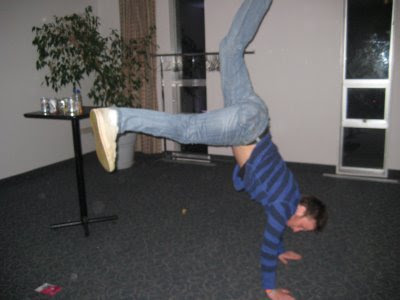 Turns out that we weren't the only ones interested in cartwheeling in the bar. 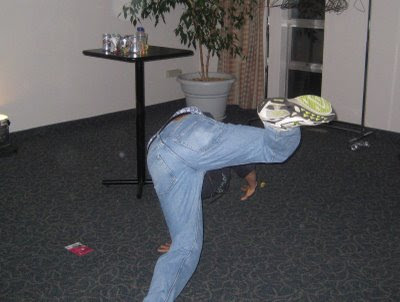 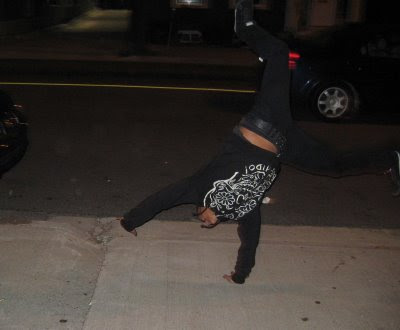 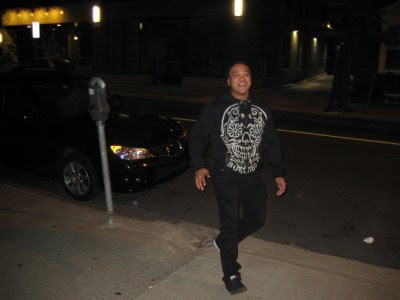 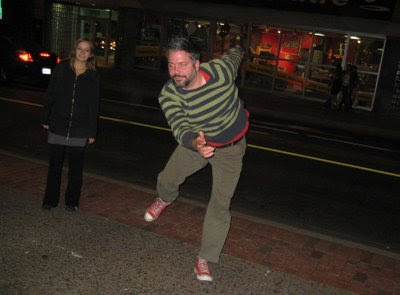 Around this point in time, Maya and I noticed that drunks guys wearing blue striped shirts really liked doing cartwheels. (I really liked this guy, who was definitely rocking some serious grey hair.) 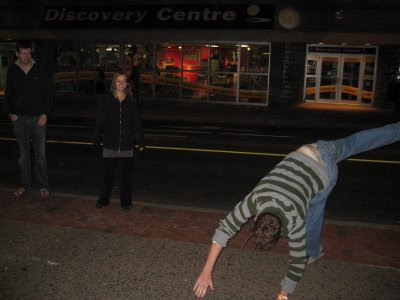 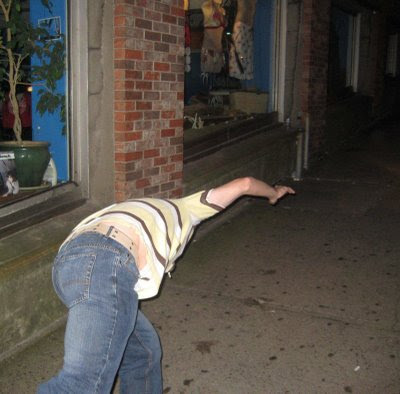 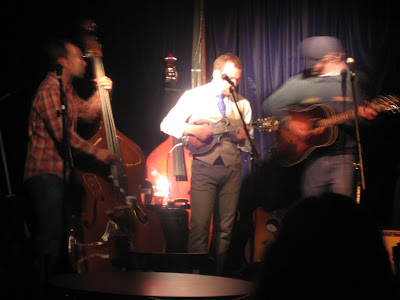 In between harassing people to do cartwheels, we saw this bluegrass band. They didn't do cartwheels, but they agreed to vote in the federal election. (More on this later.) 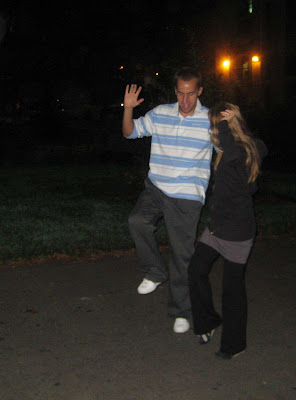 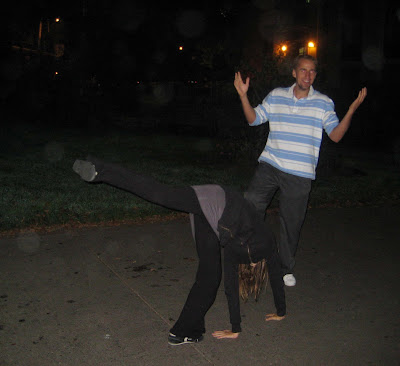 In total, we got no less than 9 drunk guys in blue striped shirts to do cartwheels for us. 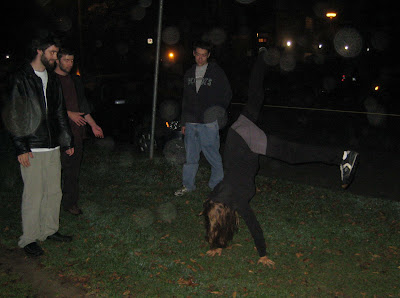 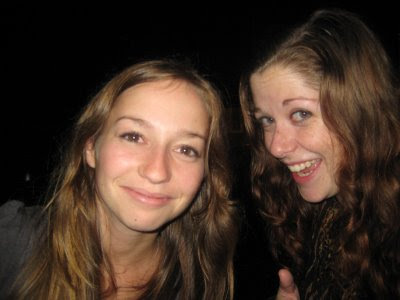 Seriously, how could one not love this girl? 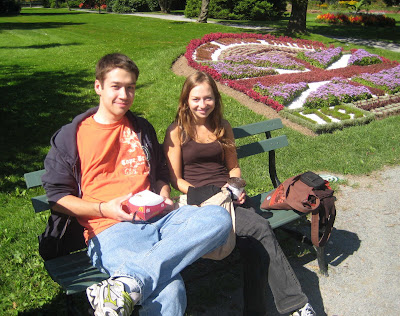 But more importantly, how could one not love Nova Scotia? We woke up in the morning to wander downtown to find brunch. First though, we found free coffee and cinnamon buns which we consumed in the public gardens. 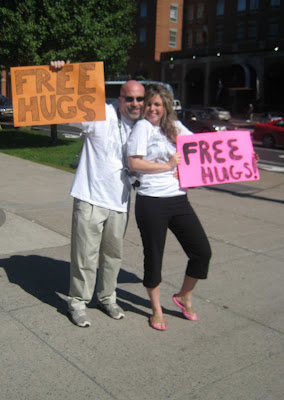 Then we found these free hugs. And then we found some free love. . . 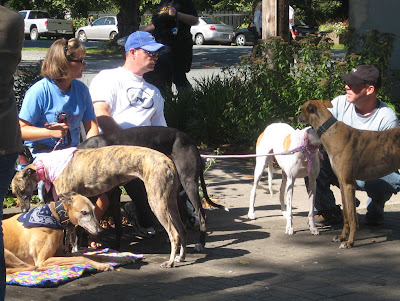 . . .in the shape and form of about 40 greyhounds in one tiny little park. 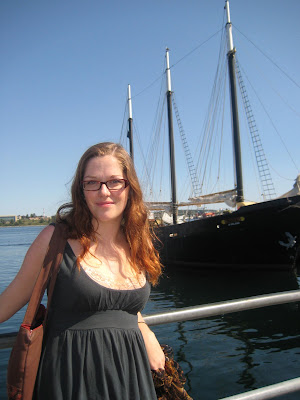 I told the lead singer of the bluegrass band that I was going to move to Nova Scotia. He sincerely believed me. "I'm actually kind of surprised you're not a Nova Scotian," he told me when I gushed about earth sheltered homes and cheap islands. "I think you'll fit right in."
Posted by Jess at 11:52 PM