I came home to Toronto to a bloated dead beta fish sitting on my desk. He was in a bowl, floating upside down. Apparently he had died sometime during the night.

RIP Schizzy aka Leonard the Fish. You probably won't really be missed, persay, but you lived a good life. You had two owners who loved you. You managed to outlive Starbright Tinkerbell II by 2 years. Plus, you had a WAY cooler name. 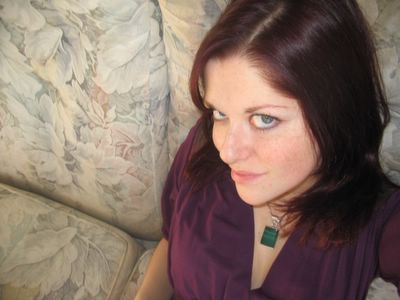 2007 started and I somehow forgot. I had this brilliant resolution all plotted out, but we're already into the second week of the new year and I have taken zero action.

I was going to call it Year of the Prop, and carry around different props with me throughout the year. I wouldn't be allowed to leave the house without my props. I wanted to start off the year with a smoking pipe, and progress in my prop usage until I reached my ultimate goal of wearing a monocle. Once I gained some notoriety for my props, people would probably start sending me props and I'd write about my adventures on my website, proppedup.ca.

I don't know if I have enough motivation to carry through on all this. Or enough time.

Email ThisBlogThis!Share to TwitterShare to FacebookShare to Pinterest
Labels: Year of the Prop