Yo-ho-ho and a bottle of yawn

It is taking every bit of personal will and strength not to blog about my personal life right now.

(Which may seem hilarious to those of you who are astute enough to realize that I'm still willing to post pictures of myself passed out on the sidewalk without any hesistation. I do know, however, where to draw the line, and that line is drawn where other people are concerned. For example, I would never post a picture of a friend passed out on a sidewalk, unless of course, I had their permission. And you will almost never hear me talk about my personal relationships or similar topics, because after weighing the possible consequences, I know it's not worth it.)

The ongoing journalism saga involving [noun] and [noun's noun] and my personal ethics and response to the whole situation is actually kind of simulatenously hilarious and engaging. And going through my interview transcripts is similarly hilarious. Life is so much better when you can re-live it through digital recordings! (Ugh.) 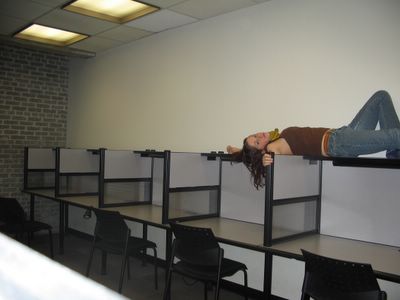 So basically, this is a post to say that I'm not going to write about it but I really want to write about it. It's also to serve as an explanation for my excessive stress and complete lack of a social life as of late. Cool, huh?

Also, I haven't had more than 4 glasses of wine or any other alcoholic beverages this entire month. Who wants to go out for drinks to celebrate my sobriety?
Posted by Jess at 6:31 PM