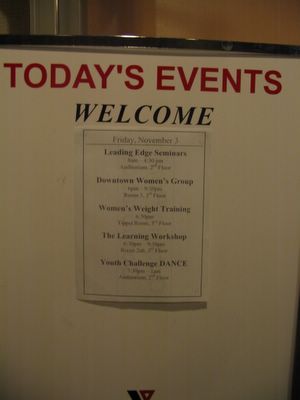 On Friday night, Stacey and her Dad picked me up and we took an SUV full of liquor, food and sound equipment to the YMCA, where we were greeted by this sign. 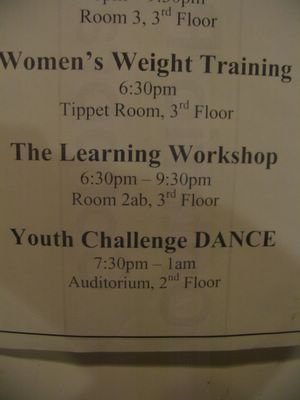 Yes, that's us. The Youth Challenge Dance. Haha. As soon as we walked into the hall, it had serious church dance vibes going on. Except with alcohol. 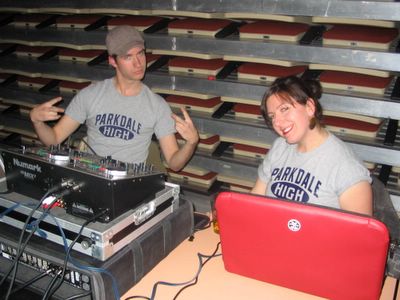 And with these kids DJing. 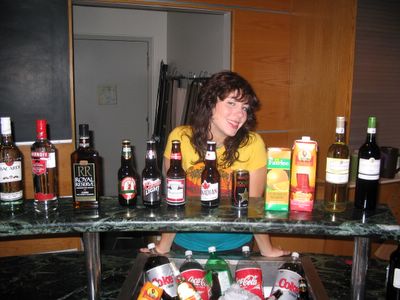 And instead of your parents handing out punch and cookies, Katrina and I were behind the bar. 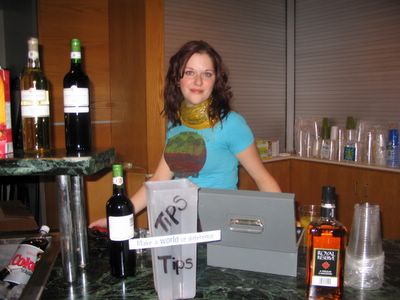 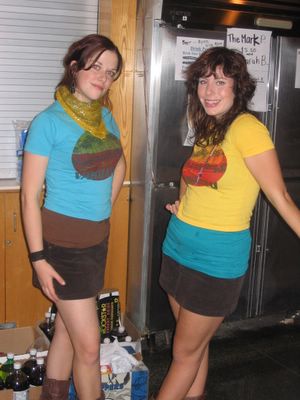 In matching outfits, no less. 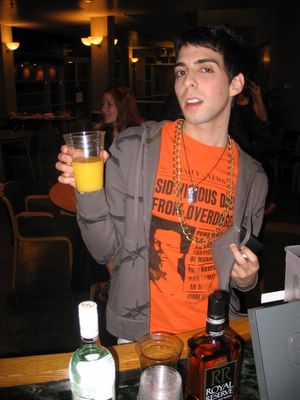 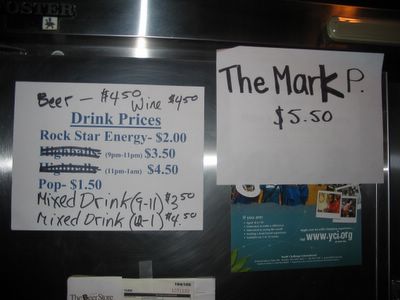 Naturally, we called it the Mark P. It was so popular, in fact, that we started running out of orange juice. 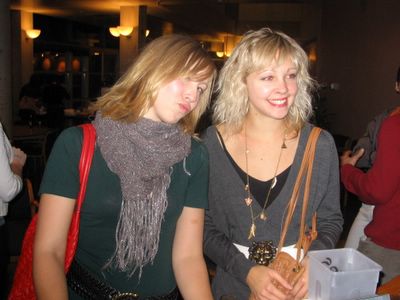 Which is when Sarah showed up with her sister Lauren and came to the rescue. She ordered energy drink, vodka and cranberry juice. We called it the Sarah B. 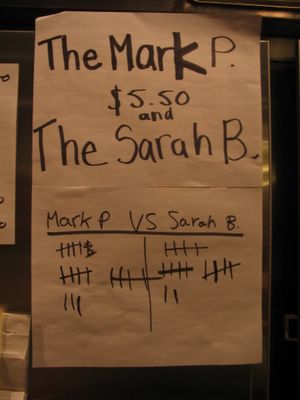 The war for the most popular drink was on. (Tip: this is a surefire way to get all your friends ridiculously drunk, caffienated and sick.) 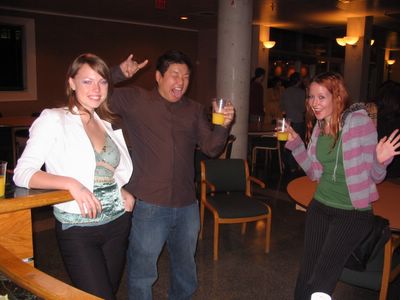 Jess Rafuse, her boyfriend, and Kaydi dropped by. 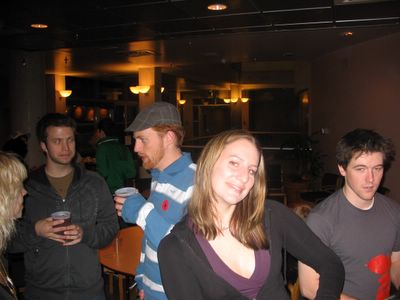 So did a bunch of other people that I was too busy to take pictures of. Rob, Brian, Karen and Junior were amongst them, though. 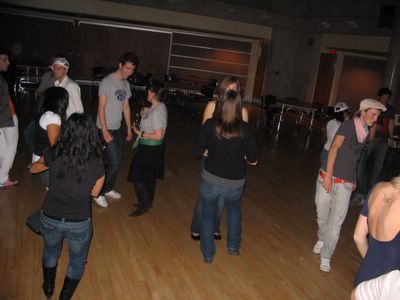 See, just like a church dance. Except with alcohol. And a surplus of hipsters. 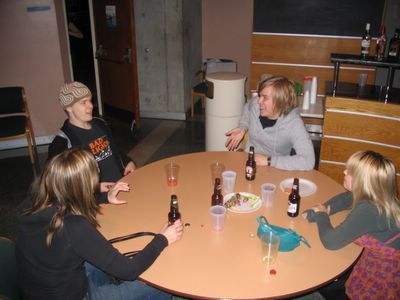 Dayn, Karen, Mark and Sasha got into this intense conversation about what a robot looks like. Karen insists that robots must involve cardboard boxes. 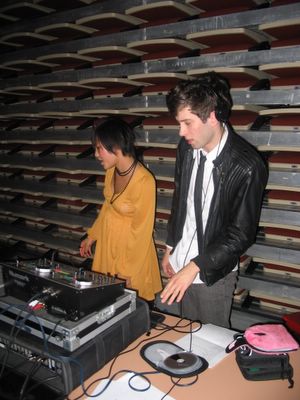 Jessex and Nicholas did an awesome job playing music until the end of the night.

The fundraiser was a FUN-raiser, to quote a term that church types might use. Sadly, we didn't actually do any FUND-raising. Nonetheless, a good time was had by all, and everyone went home one caffienated, bellyaching night happier, although not necessarily richer.*

*With the possible exception of Chris Lotts, who stuffed his entire jacket with food, and looked like he felt like he'd hit the jackpot, indeed.
Posted by Jess at 1:00 AM