We're All In This Together 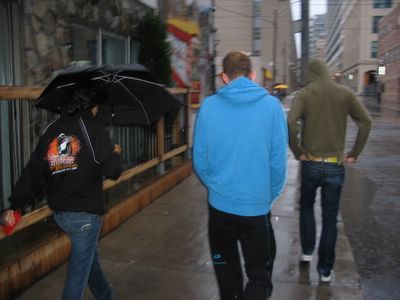 The weather in Toronto was matching my mood when I woke up on Saturday morning. But everyone around me has been cheering me up. 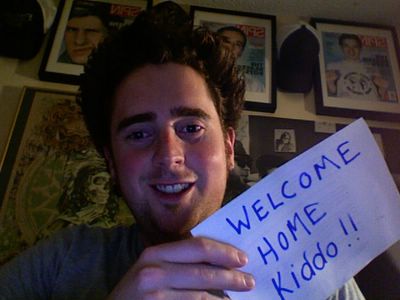 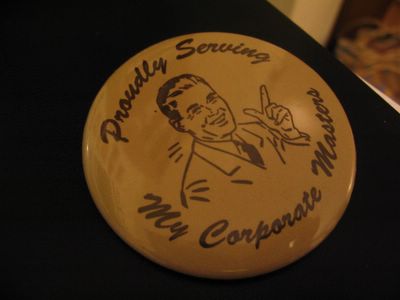 And others have made me feel a little better about my latest ethical dilemma. (It's a good thing that I spent all summer investing in the karmic piggybank by building a school for a developping country. Otherwise, I think I'd have a lot of trouble sleeping at night about my new job, and I'm not even joking.)

And while I've been settling back into the daily grind, there's little reminders of Australia everywhere. 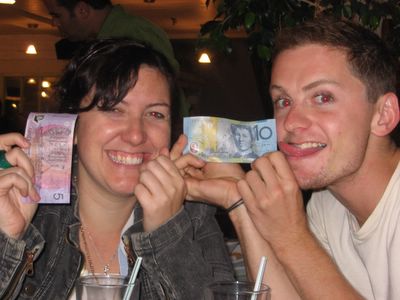 First, it was Alice and Adam and their bloody accents. Then, it was their nearly orgasmic response when I pulled Australian money out of my wallet at dinner the other night. (I wish I had a picture of them reacting to the box of Tim Tams I gave Adam for his birthday.) 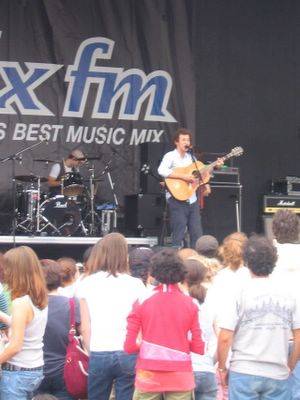 And today, it was Ben Lee at Beachfest.

Not that I'm complaining about any of the above reminders. 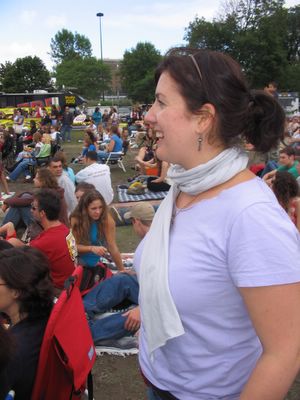 Alice and I were so excited to see Ben Lee that we led all the girls running across the footbridge that leads to Sunnyside Park. Our streetcar had been delayed by a Labour Day parade, and we arrived to hear the faint strains of him singing "Catch My Disease." In a frantic rush, we pushed aside cyclists, plowed through women pushing babies, and ignored some kids who told us, "If you buy this energy drink you'll be able to run faster!" until we arrived in panting excitement* at the edge of the crowd. 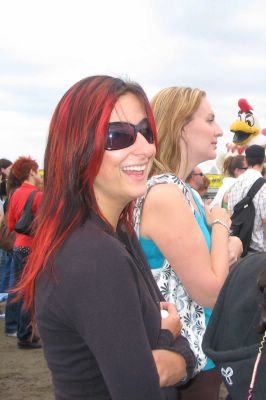 After travelling for nearly an hour via public transit, we only managed to see Ben Lee perform one song, "We're All In This Together." I'm not going to lie; swaying may have occurred. (This of course, was directly correlated with the endorphins we had produced from our dash to the stage. That's my story, anyways.)

The sad part is, he was the sole reason we had come to BeachFest. I, for one, was definitely not pulled in by the alleged Canadian allure of Stabilo and the Trews. (Or at least not their music, anyways. The lead singer of Stabilo definitely has the fantastic beginnings of a smokin' hot beard.) 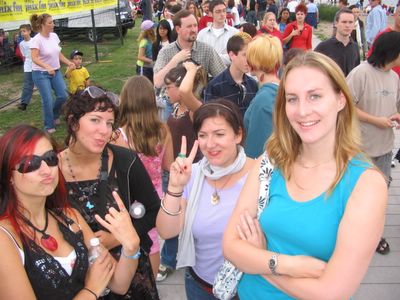 So we decided to compensate for it by standing in line to meet him with all the 14-year-old girls who were sauntering around the park in their Roxy jeans and big sunglasses. After all, the "Thank you Toronto. . .thank you music," he shouted out at the end of his show had us sold.

I think we were the only ones in line above the age of 16, with the possible exception of the man in plaid behind us who was proudly sporting more than one "Canadian Idol" button. 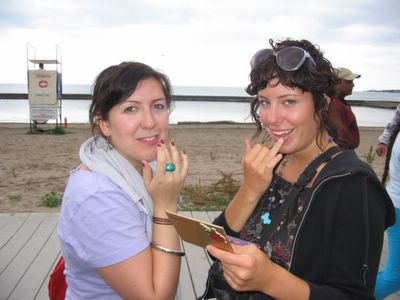 Alice and Katrina fit right in with all the teenage girls by preparing to meet Ben Lee in the most appropriate manner- application of lipgloss. "Can I select from your colour palette?" Alice asked Katrina. (Was Alice was trying to pull off the same look she had going on when she first met Ben Lee when she was 16?) 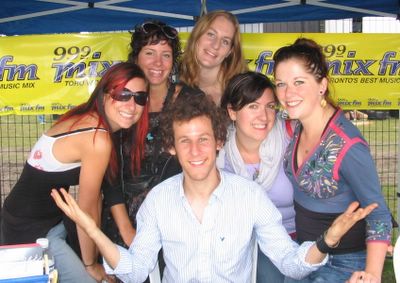 Ben Lee had the strained smile on his face of, "I've been signing autographs all day for 14-year-olds who don't even know who I am."

In accordance with this, I resisted from the temptation of inviting him to engage in a game of Get Off That Thing.

*I promise to never again use phrases like "arrived in panting excitement," especially when in reference to family events in public spaces. Just this one time, though. . .

Email ThisBlogThis!Share to TwitterShare to FacebookShare to Pinterest
Labels: Get Off That Thing, music