The "blog" is back 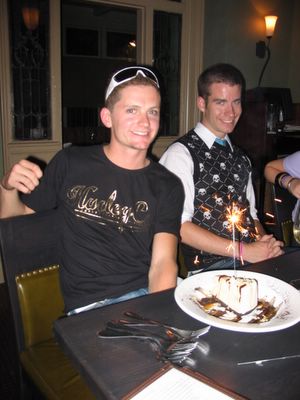 Last night I met up with the kids at the Keg Mansion for Adam's 23rd Birthday. I had kicked jet lag's ass, and somehow avoided suffering from the hangover like condition altogether.

Initially when Nando picked me up from the airport, I felt pretty shabby, but then it occurred to me that this was probably directly correlated with not eating for about 12 hours and being deprived of hydration due to the new awesome airport security standards (I love being groped repeatedly in a 36 hour period and having my toothpaste confiscated!) but after a pint of beer and a veggie burger, I was golden.

So when I heard it was Adam's birthday, I was ready for action! 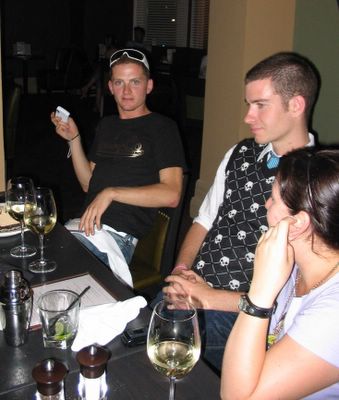 In my absence Adam and Alice took over the photographic documentation. Hence the guilty look on Adam's face. He knows he can never replace me. 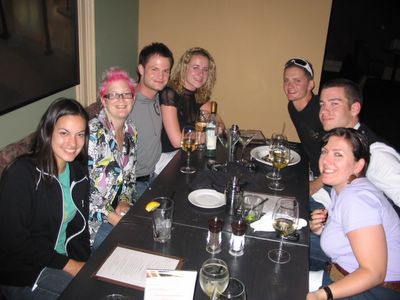 A couple of things changed in since I left. I was originally known as Broadcast Jess, in order to differentiate me from Roomate Jess. Over time, our nicknames changed to Blog Jess and Jessex. And in the months that I've been gone, Jessex is now Jess-Sex, and the Jess has just been dropped from my name altogether.

They just refer to me as Blog, now.

One of the girls commented, "I heard them talking about you this summer and wondered to myself, 'Who would punish their child by naming them Blog?' I thought maybe you were German." 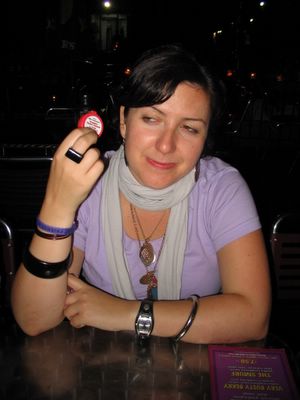 Some things haven't changed. Alice is still not only carrying around, but also religiously using the cherry flavoured petroleum product from NXNE. 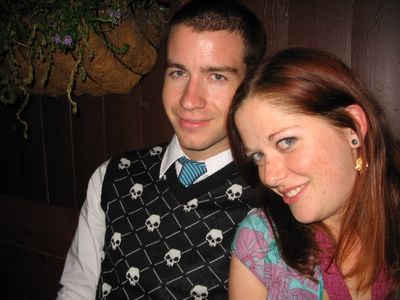 Scott still shares in my narcissistic values. When I walked into the restaurant he excitedly demanded, "Good, you can start blogging me now!"

It's good to know I was missed. 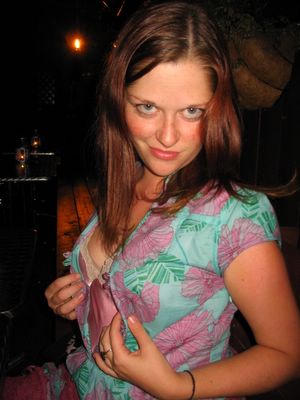 I ate too much at dinner*, so I found the most appropriate solution possible at O'Grady's; I just unbuttoned my dress.

Indeed, the Blog is back.

* Eat too much? After eating nothing but rice in Vanuatu, I've decided you can never eat too much. Food is one thing I've never taken for granted, and I'm not about to start.