What's that? Did you really think I didn't go out this weekend? 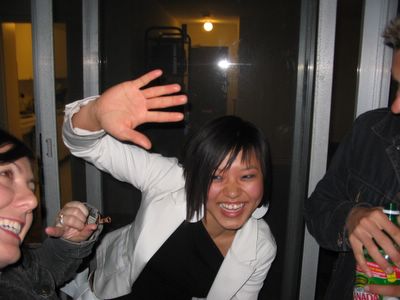 Well, you my friend, are sadly mistaken. On Saturday night, we packed 6 people in a car and headed up to some random location to go to some random house-warming party, where we were actually the only guests there. 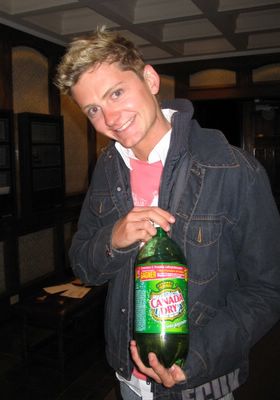 We met Adam there, who had chosen Ginger Ale of his beverage container of choice. 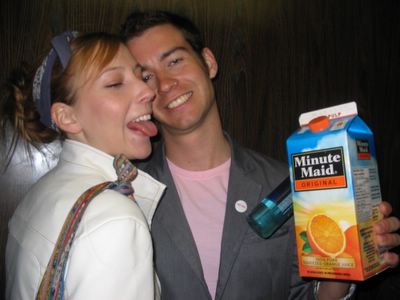 Sarah and Scott opted for the much classier, and the much healthier orange juice option. (Personally, I drank a bottle of red wine.) 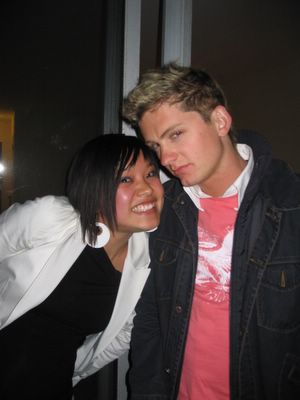 Jess and Adam, using his Mission Impossible face. (For those not in the know, Adam is acting as the Tom Cruise stuntman up at Canada's Wonderland for the summer. He has his own theme music and everything.) 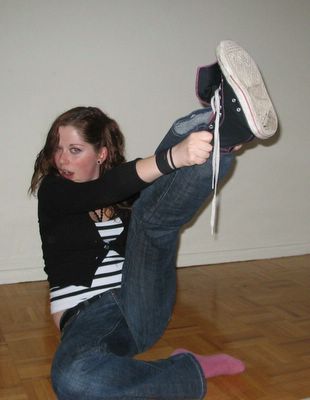 But this is really the story of how we went home. First, I put on my shoes. 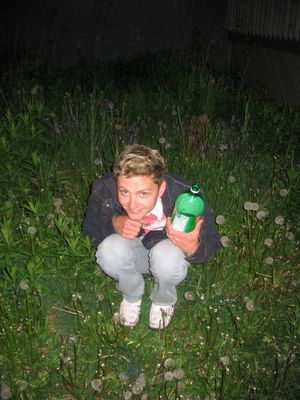 Then, Adam demonstrated some of his Cruise-esque stealthy stunts by trying to hide amidst the dandelions. 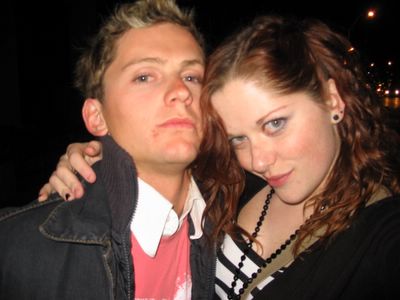 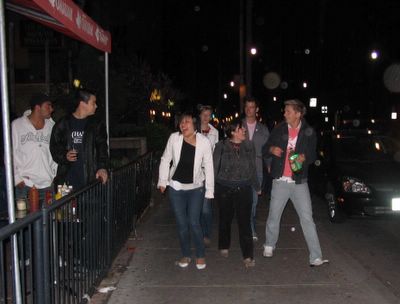 Next, we walked down the street, and Jess apparently yelled at some onlookers. 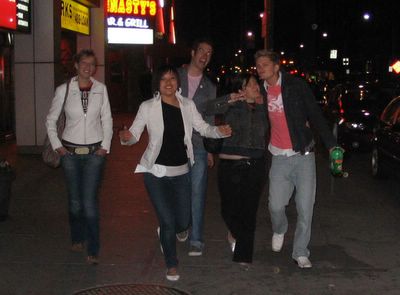 Then Jess skipped a bit. (Walking was the preferred option of most parties involved, though.) 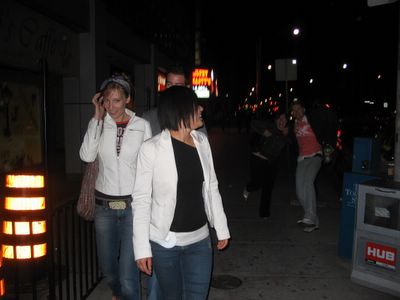 Sarah quickly realized exactly what I meant when I said I take a lot of pictures. 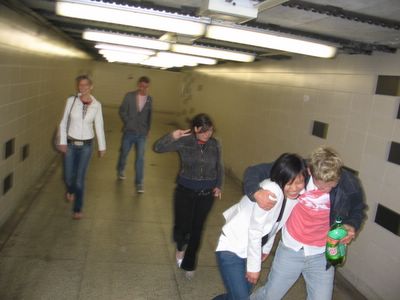 After that, we walked down some stairs into a subway station. 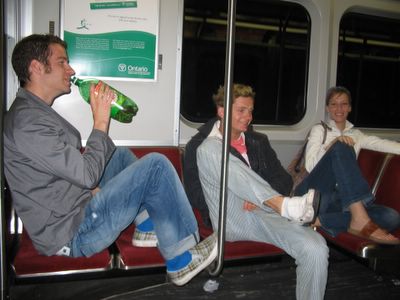 When the train came, we got on it. 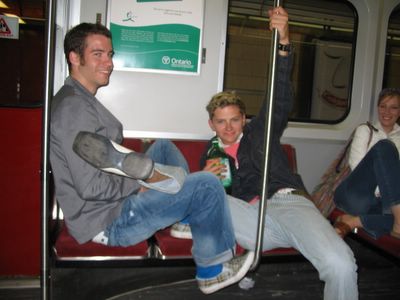 And then we annoyed everyone on the subway. (This is, after all, an intergral part of getting home.) 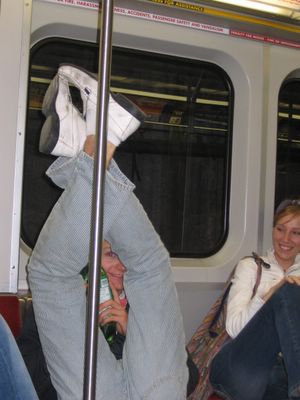 And that was how we got home.