Fear not, I've taken Brie's camera hostage while mine is being fixed. Now if only I can figure out how to work it. . . 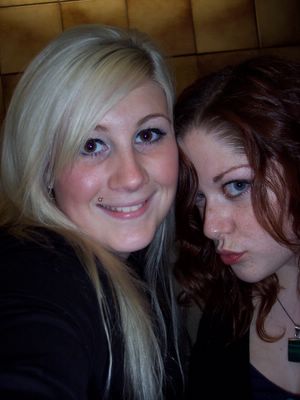 Last night, Brie and I spent a good hour on the TTC in the rain, heading to Spin Gallery to see Mstrkrft deejay. And by "see," what I really mean is "partially pay attention to them while we danced harder than I've danced since 2002." (2002 being the year that I occassionally went out to Edmonton's now defunct token rave club night, Lush Wednesdays with my brother and his girlfriend, Sara.) 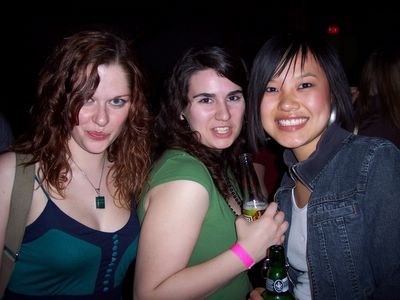 We ran into the other Jess (who is hereby know as Jessex, from the County of Jessex- I'm also a citizen) on the streetcar and her friend, whose name started with a "D" and ended with an "L". I think. She was quite nice though, this I know. 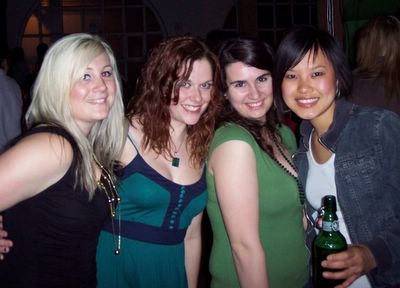 It was my first time going to Spin Gallery. I liked it. Between buying drink tickets, the ghetto makeshift bar consisting of 2-litre pop bottles and plastic cups, and the community-hall-esque atmosphere, it reminded me of going to a third cousin's wedding. Except with skulls. 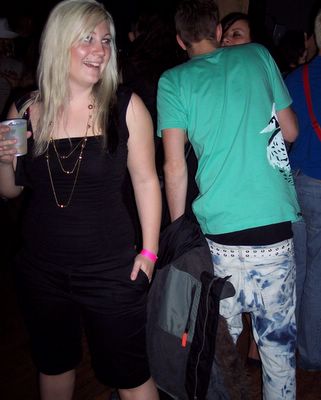 And hipsters. Some of whom, to quote Jess, were "train-wrecks." That's really a shame. Even more shameful was this girl who was dressed distinctly like Six, Blossom's best friend. I wanted to take a picture of her, but she kept moving around too quickly. (I love the scene, I love the music, I love the atmosphere, but the Toronto scenesters really do take it too far sometimes.) 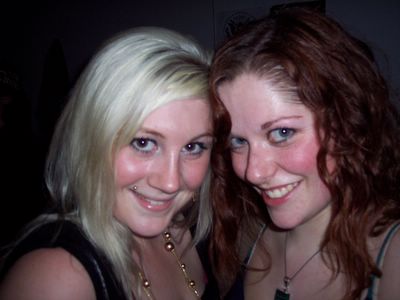 I guess the difference is that we weren't there to be seen, we were there to dance and have a good time. Which we did. By the end of the night, my dress was literally soaking wet, and Brie's hair was sticking to her face with sweat.

And when we stopped dancing and left, we had to catch a cab because we realized that we couldn't even walk anymore our feet hurt so much.

The only thing that could have made the night better would have been Courtney.