I am pleased to finally introduce Karen, our new roomate.

Karen is 23 years-old, not in Fashion, and really like pizza pops. Either that, or she's just like me and way too lazy to cook. Karen dislikes bus rides with smelly people, and the fact that her room (formely Courtney's) is fuschia pink. Karen also owns a surplus of appliances, including a George Foreman grill, a sandwich maker and the largest and most high-tech coffee maker you've ever seen in your life. (I have yet to master the said devices, except for the most basic functions on the coffee maker, but only because coffee is my life force.) 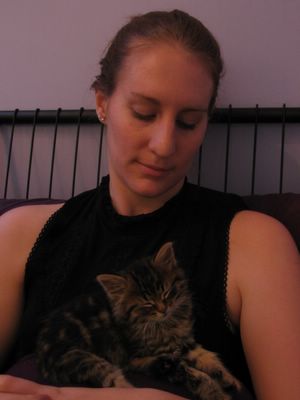 In other news, we no longer own George and Sadaam, the black bunnies. I could give you the lengthy explanation, but in short, I have commitment issues. (I haven't had a boyfriend in three years, but I thought I could deal with owning a rabbit for 10 years? There is serious fallacy in my logic these days. But what can I say? I'm impulsive.)

Instead, Sasha has become a foster parent for the Humane Society, and we're currently taking care of the cutest kitten EVER. (I'm sure I'll say this about all subsequent animals that we'll foster, but seriously, this kitten is ridiculously cute.) 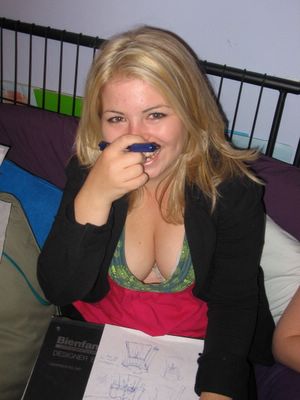