Would you bail me out of jail? 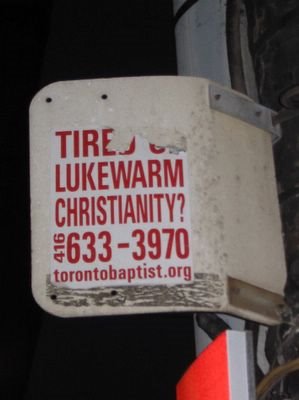 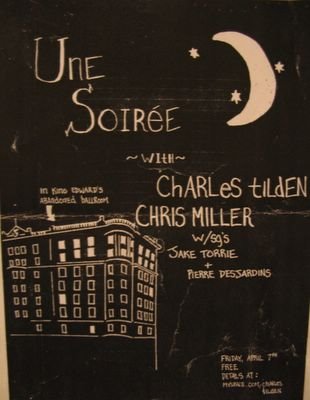 Why not try Charles' religion instead? 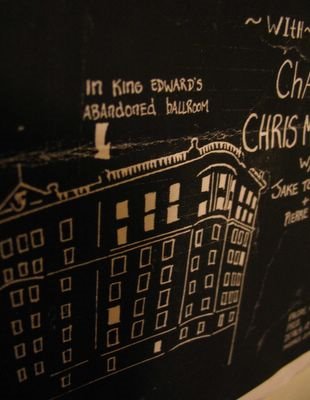 However, it may involve engaging in a number of suspiciously illegal activities in order to revive your faith. 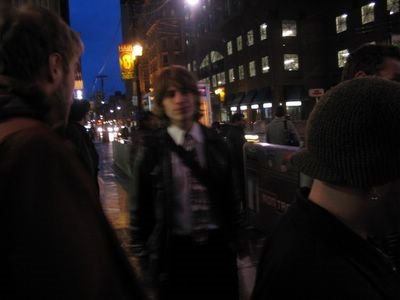 We waited on the corner of Yonge and King for the other members of the congregation to show up. 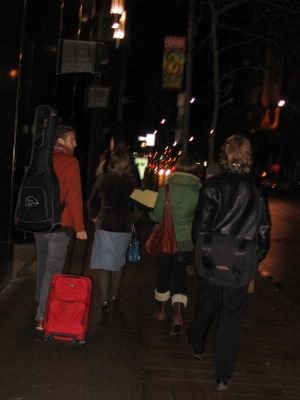 Then walked to our church as inconspicuously as possible. (Hint: Jake's suitcase doesn't contain clothes.) 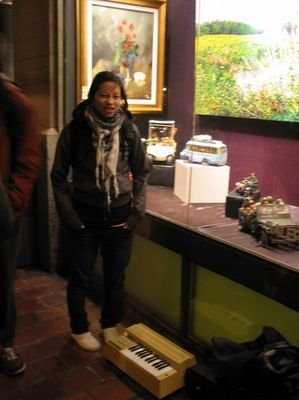 Well, as inconspicously as possible with an electric organ. Actually, it's hard to be inconspicuous with Canice and her "dragon-beast face." 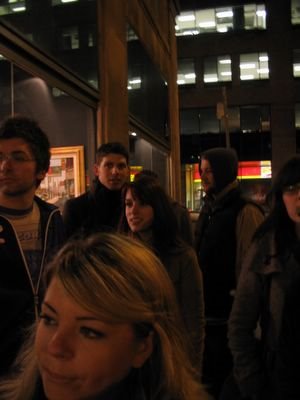 All 25 of us entered the place of worship in groups of three and four, so that we didn't arouse suspicion. 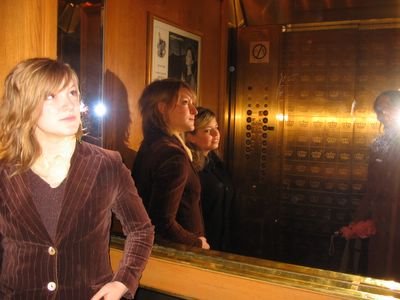 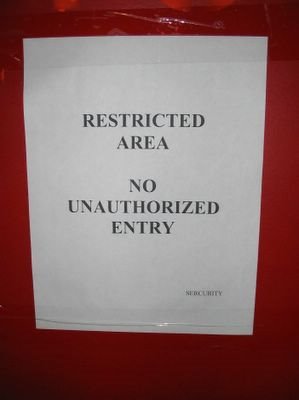 The iconography marked the way. 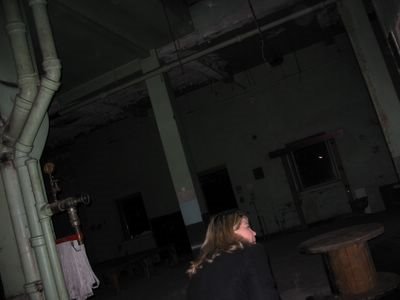 Once we got inside, we couldn't find the other groups (I was using my camera flash to light up the pitch-black room so we could find our way). 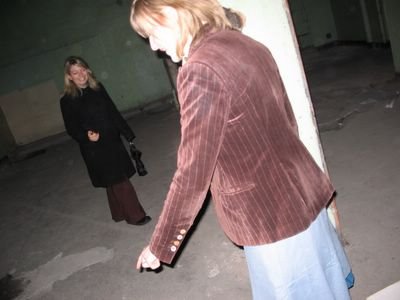 Sasha and Sonja wandering around in the dark, trying to find their way. (It brought a whole new meaning to "Let there be light!") 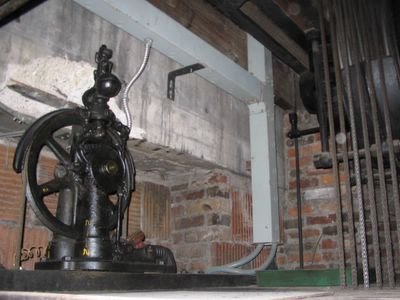 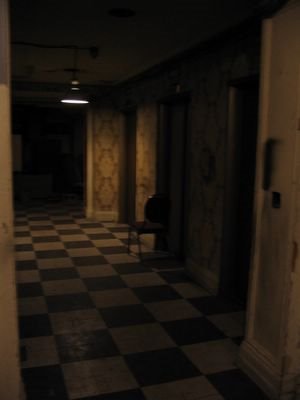 "This is horror movie material," Canice astutely pointed out. 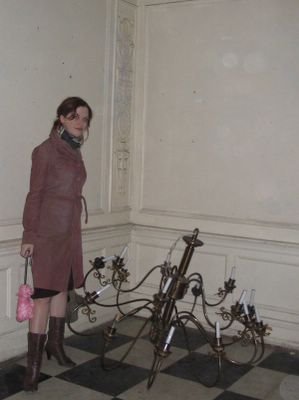 (Keep in mind all these photos were taken in complete darkness, save for some of the city light that was coming through the windows. When Sasha took this picture, I could barely even see the chandelier. I didn't take a lot of photos, because my flash was too harsh in the darkness, and couldn't even be able to capture the atmosphere.) 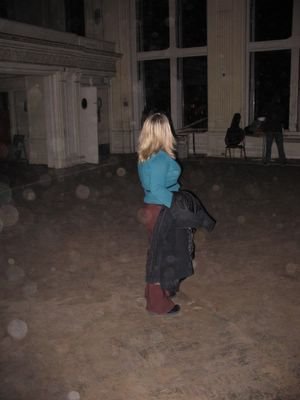 It's been abandoned since the 1950s. The air is evidence of that. (The blur you see is thick dust.) 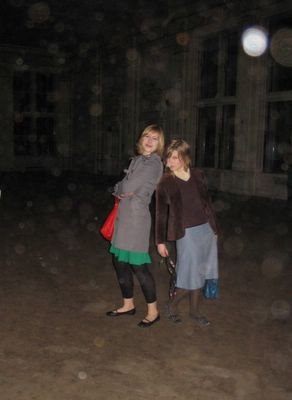 Sarah and Sonja, dressed in their church clothes. 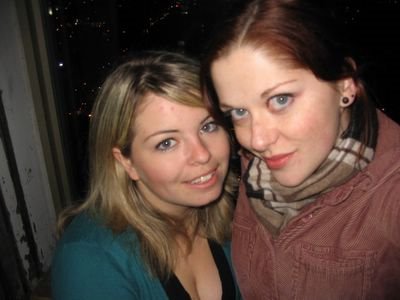 Sasha and I, eighteen stories above the city lights. 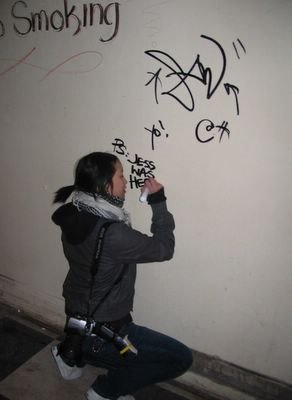 Canice partially recovered from her illness so that she could join us for the night. It could only be a miracle. 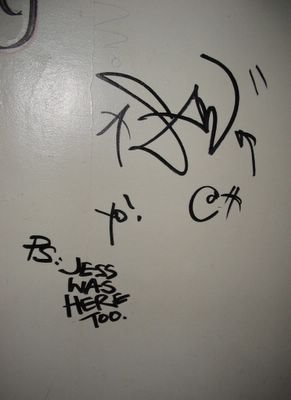 "I'd never defile property. I think Canice did that just to spite me," I said defensively.

"You'd probably leave a quote, not your name," said Sonja. "No, wait, you wouldn't leave a quote. You'd leave a question behind."

It's scary how well some people can have you pinned. 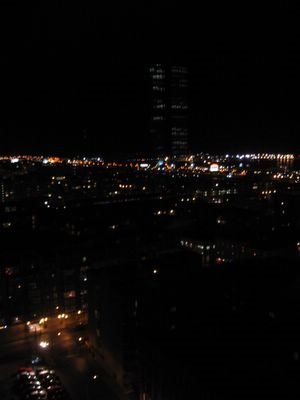 The view of Toronto from the 18th floor. 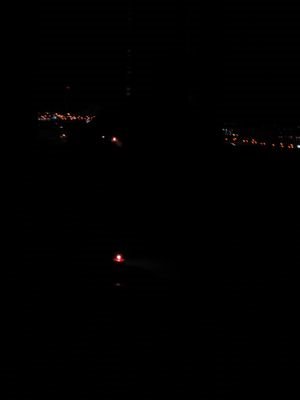 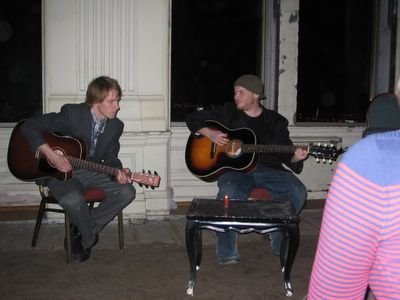 With flash. (Okay, I think I've expressed my point about the limitations of my camera now.)

Pierre, Jake, Caroline, Chris Miller and Charles all performed. Chris Miller (who has the unfortunate problem of sharing his name with the newspaper editor that was partially responsible for the closing down of "i enjoy being a slut") was phenomenal. I'll try to get a link to his music in the very near future. 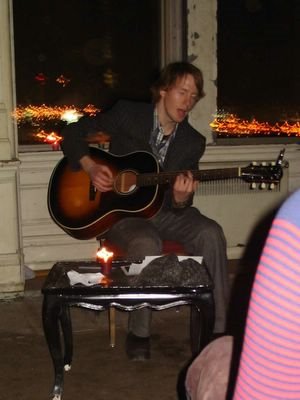 Charles closed the night by delivering his sermon. 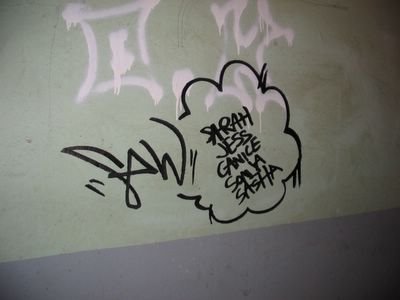 (Whose your saviour? Mine's music.)