The week is almost over. 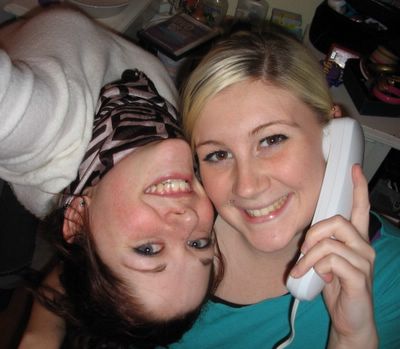 Brie, Mark and I. (Mark's voice, which had been reduced to nothing than ones and zeros over the telephone line, was being reproduced electronically so that Brie could hear it on her end of the phone. The wonders on binary code never cease to amaze me.) 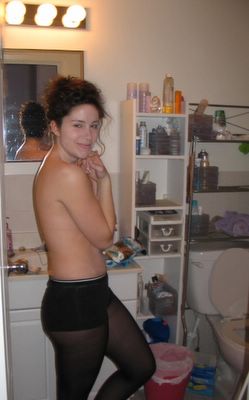 For once, Katrina legitimately had an excuse to walk around the house naked last night. She coated her face and chest with white makeup, put fangs in, and practiced rolling her eyes into the back of her head. (Which is actually totally typical Katrina behaviour, but again, it was justified last night.)

Richard (a friend of ours who is in Image Arts) came over, and they went to take pictures of her topless in the park, posing as a vampire.

(It was so cold outside that she didn't need a "nipple tweaker," as Alice would say.) 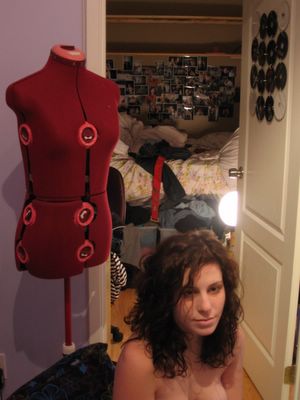 Sadly, I wasn't there to witness Katrina in all her glory posing up by the Necropolis, because I was tucked away in my room, hunched over my computer, perpetuating my back problem and developing carpel tunnel syndrome, writing my application for my journalism stream. . .

. . .I've applied to Magazine Journalism, with Broadcast Journalism as my second choice. I'm not even sure I want to go into magazine, but it's the hardest stream to get into, so I figure that I might as well create a challenge for myself, if nothing else.

Today, as soon as I get dressed, I'm headed to school to start filming this DVD for Ryerson Student Services. I've been selected to be the "personality" on it. Yes, that's right! I'm going to be one of those irritating tour guides on those informational videos that ends every sentence with an exclaimation mark! (We all knew it was coming down to this sooner or later!)
Posted by Jess at 9:16 AM