Today feels like being seven, when you got up early to play out in the sun and melting snow with your brother. You raced sailboats made of popsicle sticks down the street gutters, which were rushing with the end of winter, rescuing the crafts moments before they fell through the sewer grates. 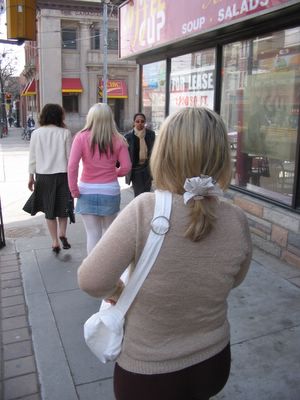 Today felt like when your mom calls you inside to change your clothes and go to church, but she knows that suddenly it's spring, and instead of heading straight home afterwards, she takes you to A & W for hamburgers and root beer, or maybe to the marina for the first ice cream of the year.

This morning, after Brie and I went swimming at the gym, we headed to Johnny G's for breakfast with Sasha and Katrina. 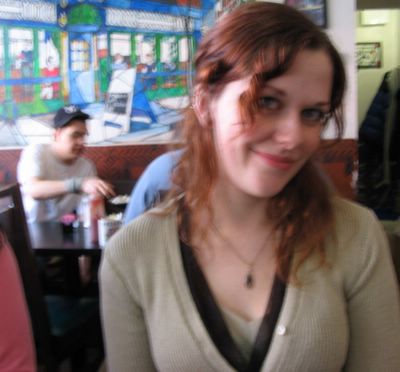 "I have this explicit sexual fantasy where I seduce a Hasidic Jewish guy by grabbing his curly ques and pulling his face towards mine." 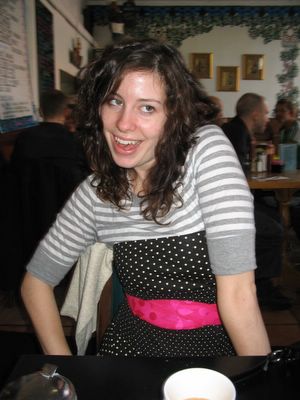 "Drinking blood is hot. Have you guys ever seen the Doors? I just think it'd be hot to cut open your hands, smear the blood and drink it."

"Last night, I started talking about the merits of eating babies."

"I dare you, on this ketchup bottle, to actually go out for once, and not say anything weird." 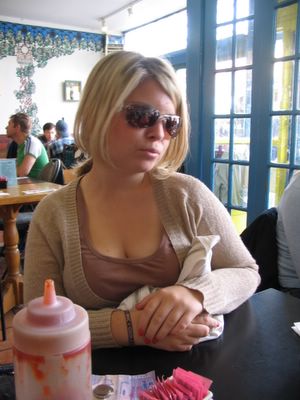 "In Peru, all these rich women wore their sunglasses while they were eating, even though it was like, dark inside."

"I think my new resolution is to start sleeping around."

"I think I'm going to start seducing musicians and breaking their hearts, and then they'll write songs about me."

"I think I need a haircut." 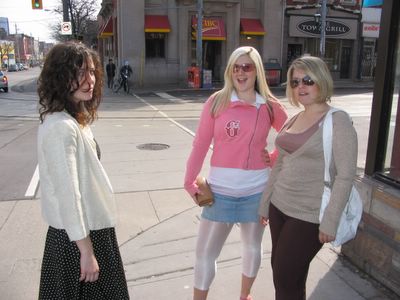 "Yah, I belong to it. I am the band's official go-go dancer."

"No, you were the spoon player!"

"Perfect Little Kisses? What? And let me guess, you're going to have a My Little Pony on the cover?"

"We need lights for our roof!"

"Like, Patio Lanterns! And then I can put on Kim Mitchell!" 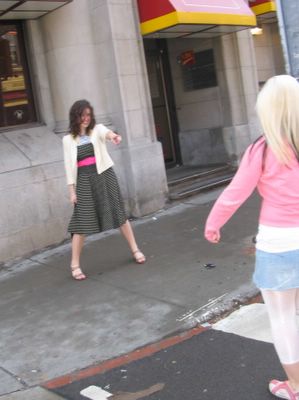 "Tonight, let's sit on the roof and smoke a joint."

"Yah, well, neither does Jesus!"

I can't get any work done here. I'm going to Javaville to drink coffee, and listen to music and procrastinate in an entirely different location.

Today feels like you're seven, and you don't have anything to do except play in the freezing water, go to Sunday School, eat hamburgers and be secure in the knowledge that it's going to warm outside soon. And maybe, just maybe, this spring you'll finally be old enough to go past the end of the block by yourself on your first two-wheel bike.