Is real life this easy? 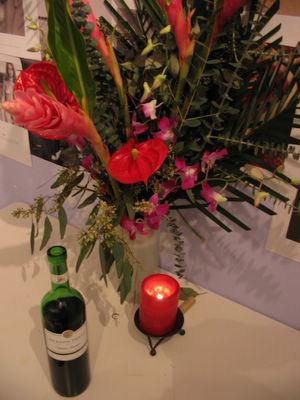 The makings of a romantic evening at home?

It would be. Except the flowers are from Sasha's parents, the candle was burning because I accidentally lit an oven mitt on fire in the kitchen, and needed something to get rid of the smell, and I was drinking the wine alone in my room. 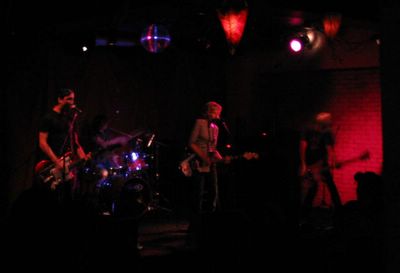 Well, I was drinking wine alone until I headed to the El Macambo to meet Alice and her friend Chloe for an Austrlian showcase of musicians for Canadian Music Week.

Here's the condensed run-on sentence version of what happened next:

We only had one ticket to get in to see Mstrkrft at Lee's Palace, and they wouldn't let Alice use her VIP pass, so we told the bouncer that we were "on the list" to get into the building (thus bypassing the two-block long lineup for Dance Cave), then I tried to fulfill my dream of being a female ticket scalper by attempting to sell the one ticket for money that could be spent on drinks at Dance Cave, unfortunatly nobody wanted to buy the ticket because it was a single ticket, but that worked out for the best because we ran into a guy who Alice worked with at CMW, who had a stamp on his hand for the mstrkrft show, which he transferred to Alice's hand using the classic "lick and stick method" and we seamlessly got into Lee's Palace. 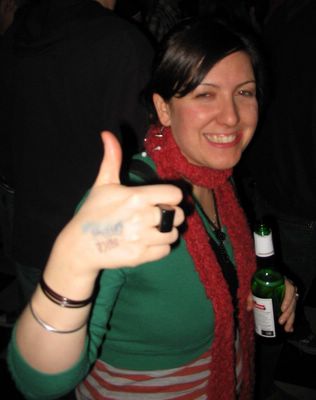 Alice displaying both of her well-earned stamps. 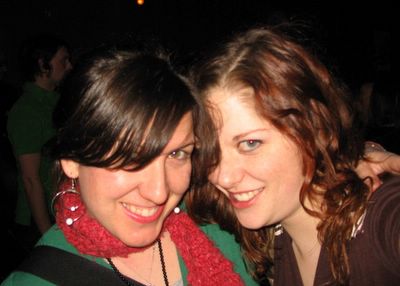