According to Brie, it was the best kegger ever. 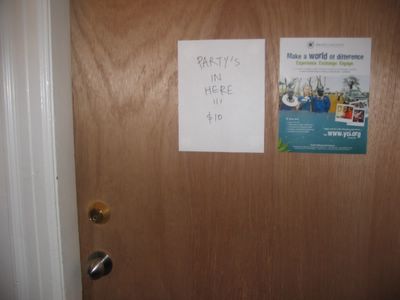 At 10 pm last night my Dad sent me a text message. "Have fun and be safe." Oh, Papa Bruce. I'm so sorry your only daughter is the type of girl who throws keggers. 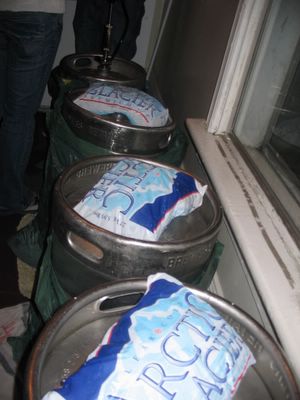 The kegs, lined up in the kitchen and ready for action. 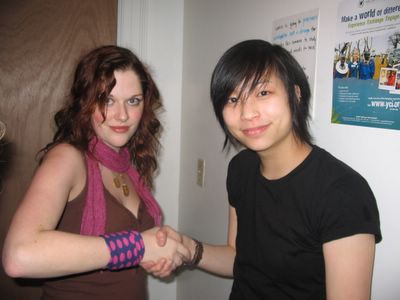 "Team Kegger." Canice and I. We've spent the last three weeks planning this kegger during our Wednesday night lectures. At least Joyce's online journalism class is useful for something. 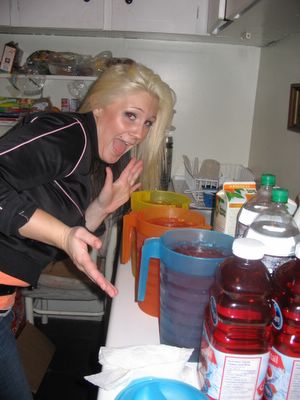 Brie was in charge of making the 'girl kegs', because if it was up to me, everybody would have to drink beer. Thanks Brie! 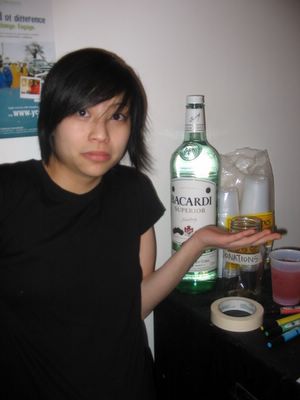 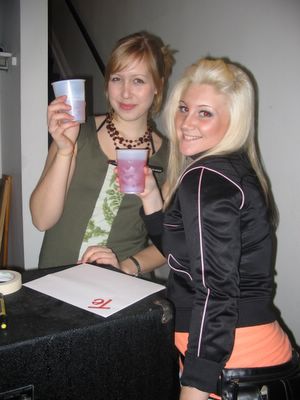 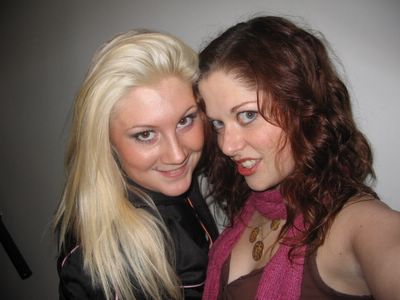 Brie and I look like such creeps in this picture, I love it. 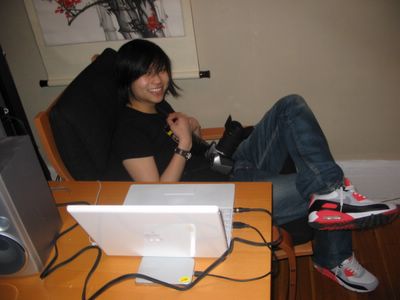 Canice was in charge of music. 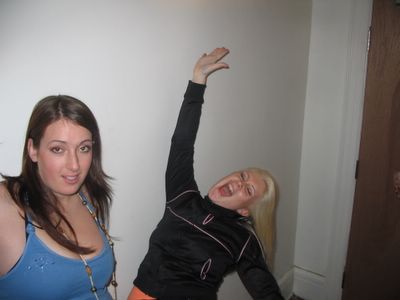 Brie was in also in charge of helping me out at the front door, and entertaining me while we waited for people to show up. 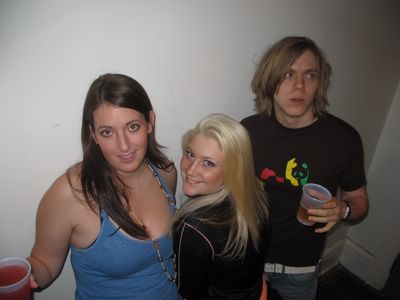 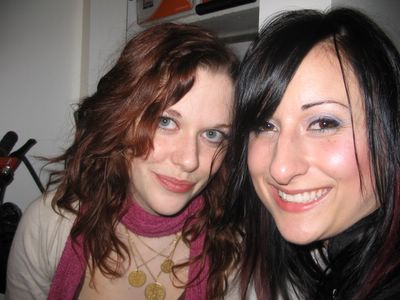 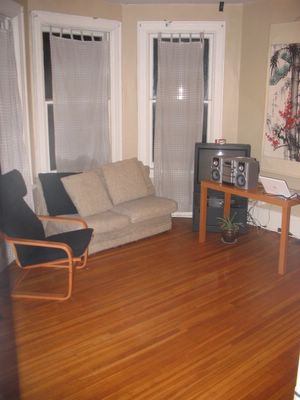 The living room: before. 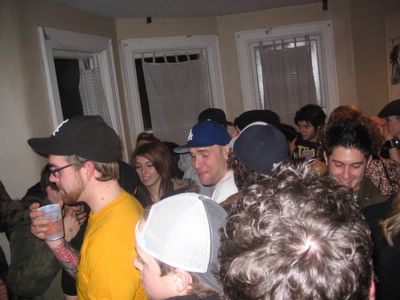 The living room: during. The turn-out for the night was impressive considering the pouring rain outside. 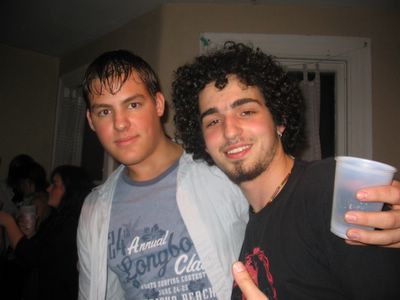 These two kids were the self-delegated official pumpers of the keg all night for us. In addition to keeping the beer situation under control, they also devoted themselves to flattering me as much as humanly possible to anyone who was willing to listen.

"Jessica is an amazing girl. Not only is she talented, smart, and beautiful, but she throw keggers too!"

"Uh, thanks guys. But how do you know I'm talented? Or smart for that matter? I think you're being rather presumptious." 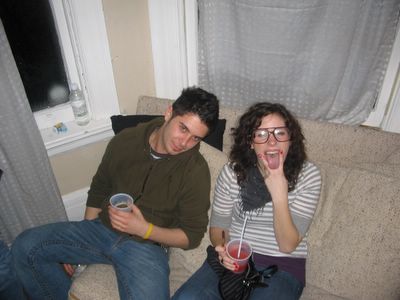 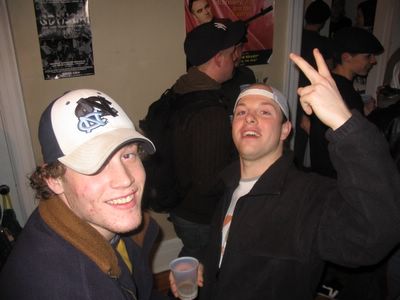 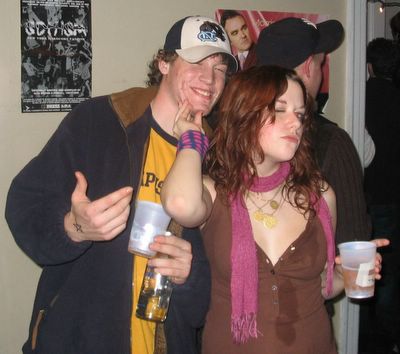 . . .who requested to have his photo taken with me. I'm popular like that.

Also, I would just like to clarify that the dribble down the front of my shirt is the direct result of someone bumping into me. My habit of being entirely inappropriate at keggers somehow didn't come into play last night at all. I didn't even talk about beards once! (Although, at the start of the night, I told Canice's roomate Mark that I wanted a beer. He later confessed to me that he wasn't sure if I had said I wanted a "beer" or a "beard." He was well aware that either one was entirely possible.) 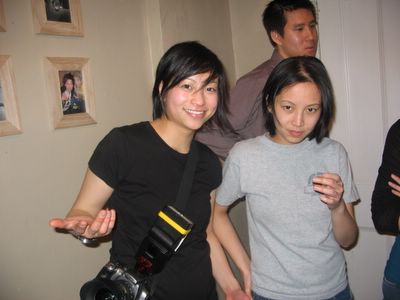 Canice and her sister. 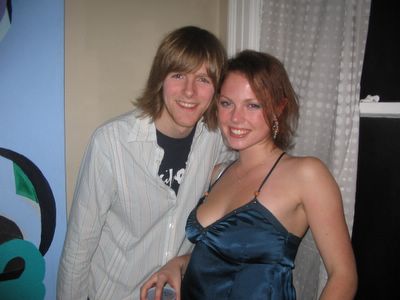 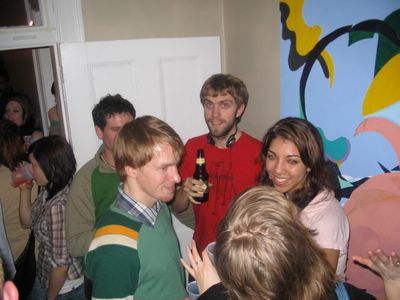 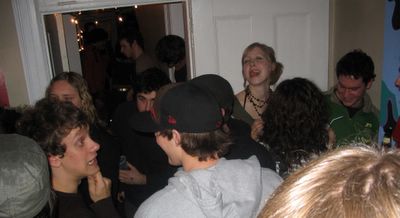 A view of the crowd (with Sarah in the background, trying to seduce me.) 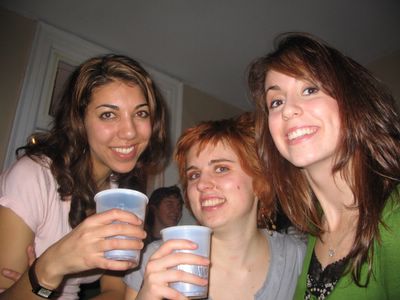 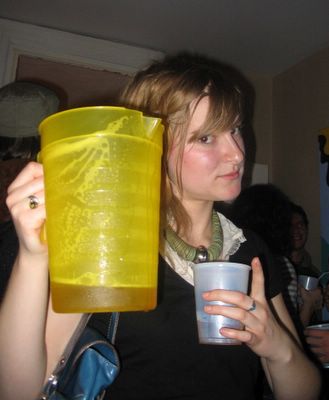 Sonja became a self-appointed beer pourer. Thanks for the help Sonja! 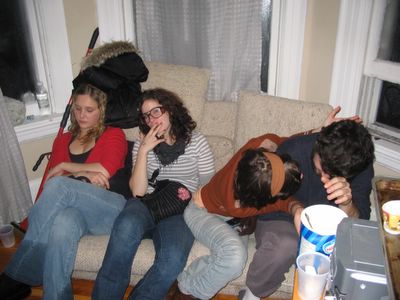 Katrina between the couple and the token semi-passed out girl.

And then the police showed up.

For the second time.

Needless to say, the night ended abruptly when Canice stood on a chair, teen movie style, and yelled, "The cops are here! Everybody get out!" and we proceeded to force everyone out into the pouring rain.

Overall, I would say the evening was a success.

Thanks to everybody who came for supporting the cause, and thank you to everyone who helped out in any way or form. It is much appreciated!
Posted by Jess at 3:36 PM