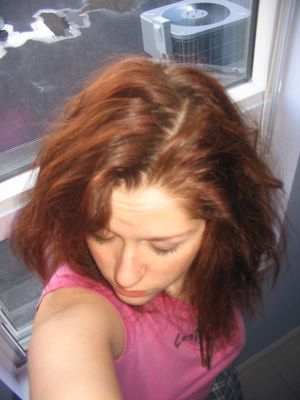 I woke up yesterday morning and my hair mirrored how I felt- dishevelled. I spent two hours in bed, napping on and off, and feeling frustrated about my state of affairs. And I'm not entirely sure what that means, but I'm still feeling very unsettled. (I am also concerned that this blog is becoming more and more livejournal-esque in nature. So I'm going to stop, right now.)

After showering all the worries away, Sasha and I headed down to the Rex on Queen Street for jazz music and good company.

Before we got the Rex though, we ran into Paul #2 at the subway station with his girlfriend. Readers of my former blog will remember Paul #2 as being the Paul that followed the Newfie. Friends of mine, however, will know infinitely more details about my relationship with Paul #2 and will subsequently see the humour in the little nugget of information that I am about to unveil.

I might as well just get straight to the point- Paul #2 now has a beard. I kid you not. 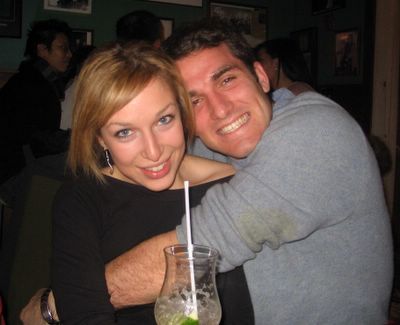 Jenna was in town from Montreal for the weekend visiting her boyfriend Josh.

Josh is an interesting character. He criticized Chloe, telling her that she should be more concise in nature. She mentioned something about "penile erectile dysfunction" to which he asked, "What other kind of erectile dysfunction is there, really? You never hear someone say, 'I'm having difficultly getting my nipples erect!'"

"I'm expecting royalties for my wit," he told me, when he noticed that I was scribbling down notes. 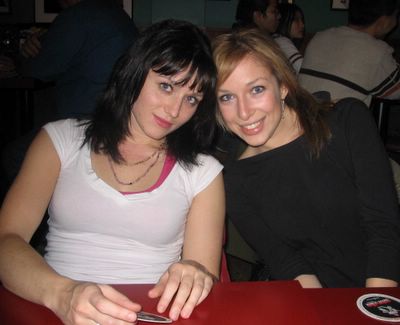 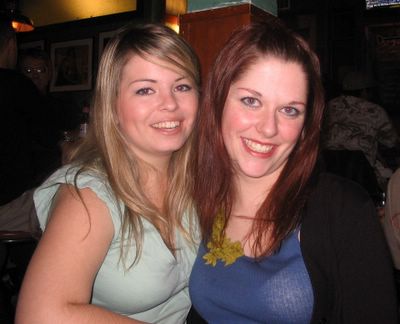 Sasha and I. (The funny thing about this picture is that Natalie took it and warned me to move my head because I was going to have near-double chin action going on. It turns out she was right. But Sasha looks hot, so that's what matters here.) 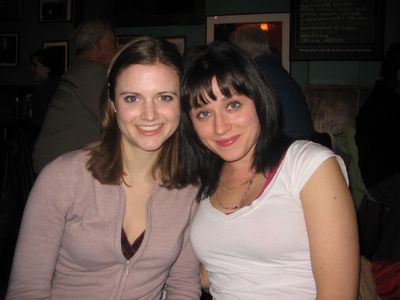 After the Rex we headed to Dance Cave for a bit, but Sasha and I went home early. 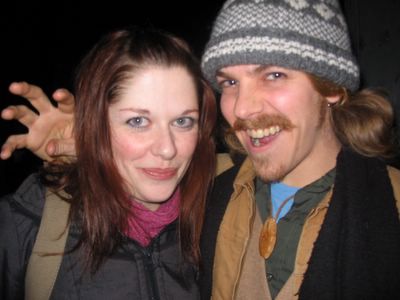 But not before I ran into this kid. My favourite thing about this photo is that it is quite obvious I am stifling back a laugh that I'd been holding in probably since the last time I met him.

Chloe and I had been at an Edmonton house party in June when I met this guy, and he became quite enamoured with me. Chloe began encouraging him, and basically telling him that I would make out with him. I became angry with Chloe, until she pulled me aside and explained, "Wouldn't it be hilarious if you told him you'd make out with him, but that he'd have to shave off his moustache first? He'd probably do it!" And the sick thing is, he probably would have. (Yes, that's right boys. I'm not only worth growing a beard for, but also of shaving off a moustache for.)

Chloe is a genius.

Needless to say, this didn't actually occur, and I thought I'd never see him again.

It never fails to astound me the people that you cross paths with in life.
Posted by Jess at 10:32 PM