Jesus had a beard. 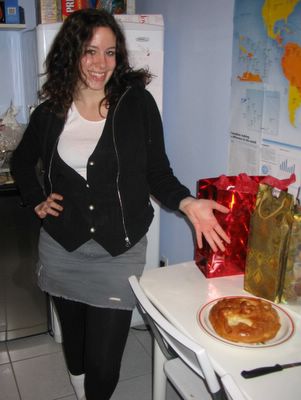 Yesterday we were all finally home and together for the first time in a month. Katrina called us downstairs to break and eat the New Year's bread. We each got a piece, even Jesus! But, the piece of bread that was cut for the house got the lucky coin. Score! (It's a good thing Jesus doesn't really respect lucky coins, otherwise he might feel a little jipped.) 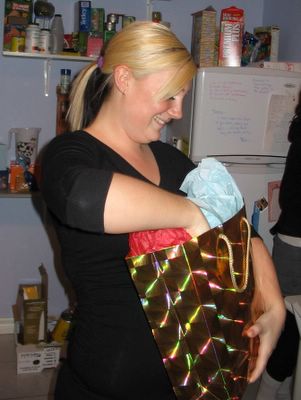 Then it was time to exchange our Secret Santa gifts. 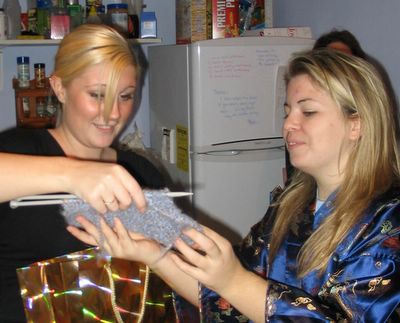 Brie was my Secret Santa and gave me a kit for making cocoa. I've been joking for weeks about how that is the best pick-up line ever in the middle of winter. "Hey, do you want to come back to my place for some hot chocolate?" If some guy ever said this to me, I'd go to his place in a second. That pick-up line ranks right up there along with, "Do you want to see my kittens?" 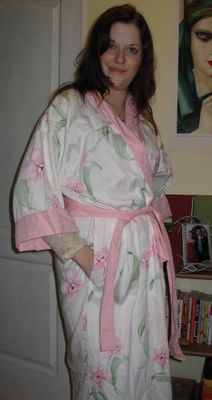 Later in the evening, I modelled the ultra-feminine bathrobe my mom got me for Christmas for my housemates. They pointed and laughed.
Posted by Jess at 11:20 PM