I'm a footnote at best. 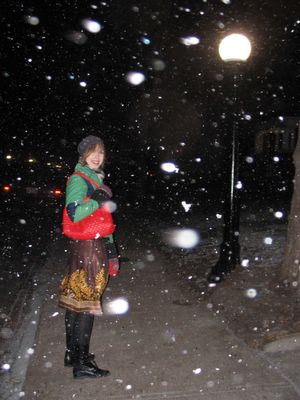 Sarah and I walked through blizzard-like conditions to get to a party hosted by Kasia and her friends. 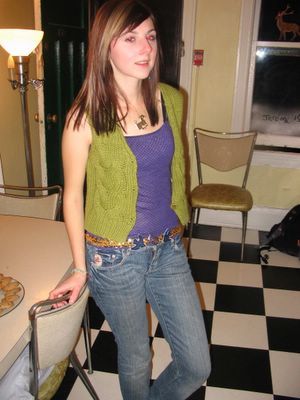 Kasia. What you don't see pictured here is the excellent tattoo she had to match her necklace. Not only was it gold, but it also featured a horse, hearts AND roses. Best fake tattoo, ever. 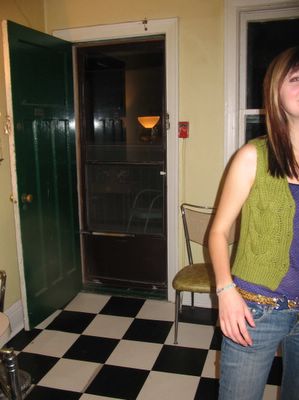 Kasia was being camera-shy. 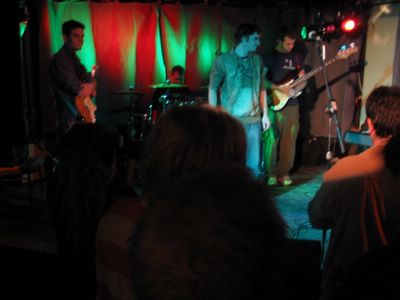 Brian and Kyle's band "Dead End Streets" were playing at Sneaky Dee's. We only stayed for a couple of songs before trudging home in the cold to our warm beds.

You told me that you liked me because I didn’t talk about the type of things that "other girls" talk about. I had just finished a rant about the differences between aardvarks and anteaters, followed by a passionate ramble about alternate energy sources, when you pulled me closer to you to tell me this.

“Why? What do other girls talk about?” I asked you, genuinely perplexed by this comment. I knew the anteater conversation was a bit out of the ordinary, but I figured other people must at least show an interest in energy conservation.

“Well, I don’t know,” you said, grappling for words, “tablecloths and curtains and stuff, I guess. Just not this. You’re different.”

I’ve always thought to myself that I never want to be the type of 50-year-old woman who sits around discusses linens with her friends.

At Kasia's party last night though, I realized that everyone in the room ("everyone" being an absurd number of 18-year-olds still in high school. . .I felt old) was using phrases like, "Well, PR is really where all the money is. . ." and, "I'd really like to buy some real estate. . ."

It wasn't the talk of idealistic hopes and dreams for the future. It was talking about linens for twenty-somethings.

I was more interested in the boys on the couch behind us who had a sock tied to a string.
Posted by Jess at 2:12 PM