5 Parties and a Diner

After pulling myself out of bed yesterday night, it was time to get the ball rolling again and start getting ready to go. 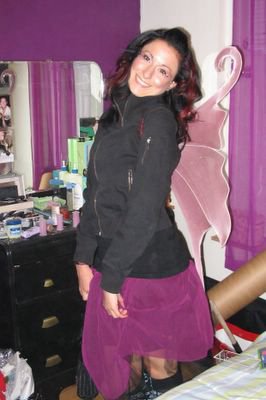 Courtney was colour co-ordinated with her room. 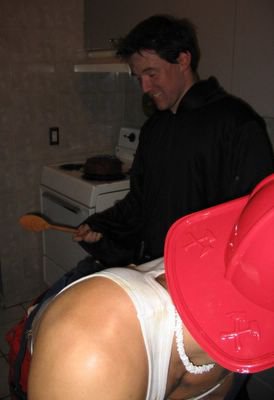 First, we headed to Junior and Taylor's apartment, where I was revoked of my spanking duties, because apparently I wasn't spanking hard enough. Junior took over. (It occurs to me now, that Halloween is the only opportunity you have to see one heterosexual guy gleefully spanking another heterosexual guy while dressed as a fireman.) 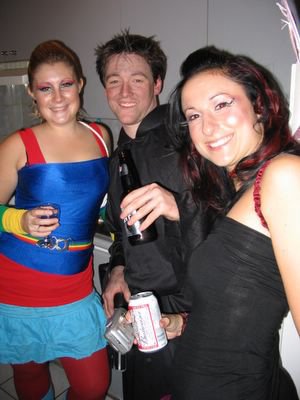 Whoever commented a couple of weeks ago that you'd like to see more pictures of Courtney, this is your lucky day, since this post is full of them. 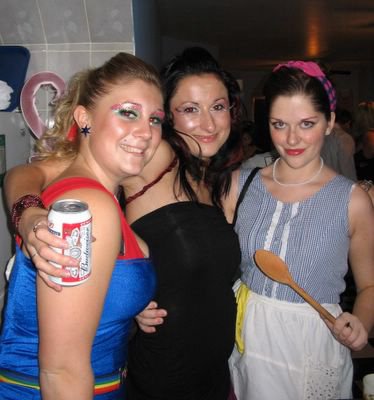 Last year, we went to this same party dressed as burlesque showgirls. At the time, everyone was staring at us for our lack of clothing. This year, we were brutally ignored because pretty much every female at the party was clad in little more than lingerie. I guess we're just ahead of our time. 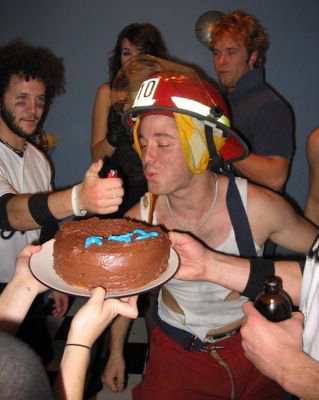 Taylor puts out the fire on his birthday cake. 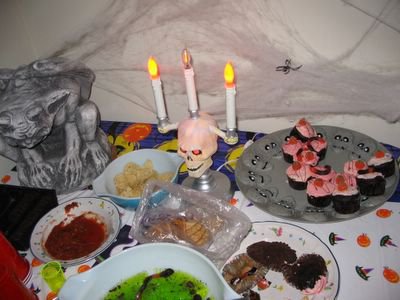 Usually, when you go to parties, you can expect little more than half-assed affairs where most people haven't even bothered to dress up. Our second party of the night didn't fall into this category. Our hosts had a full table spread of homemade festive foods. . . 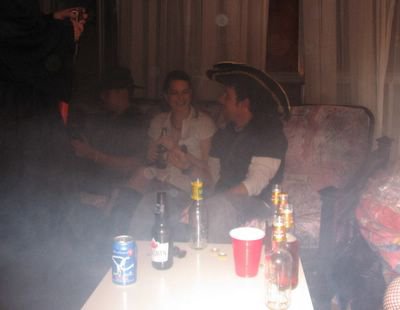 . . .a smoke machine, and later they even handed out "goodie bags." Even the president of Ryerson's Students Union was present. 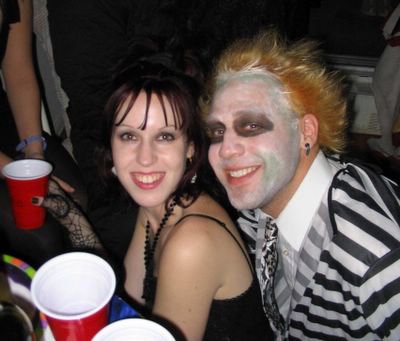 Hell, the hosts even had matching costumes.
Chris and Katie. (It was Katie's birthday too!) 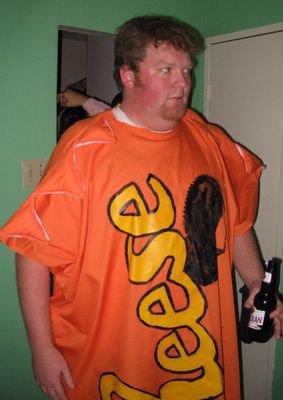 Red was there. This was the best "inanimate object" pose he could muster. 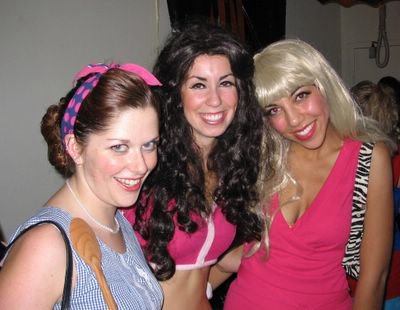 And then I ran into these girls, who I didn't even recognize because of the wigs.
Robin and Carla are both in journalism, and Carla used to live on the same floor as Brie, Sasha and Katrina in residence last year. 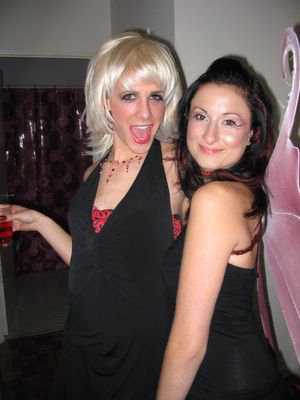 Despite Chris and Katie's awesome hospitality, we went upstairs to the 26th floor of the same apartment building to see Jonny. . . 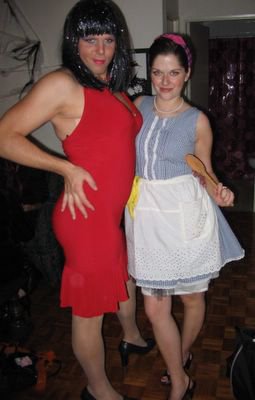 . . .and Justin, who I didn't even recognize. Apparently, wigs really confuse me. 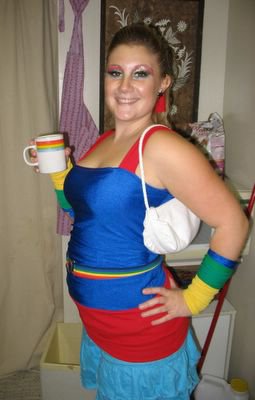 Brie somehow managed to score a mug that matched her outfit. 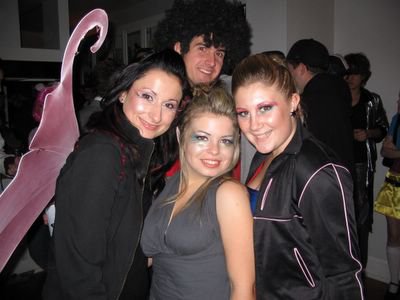 Later, we met up with Sasha, Katrina and Jared to go to the same keg party Courtney I went to last year.

Yet again, we saw some more familiar faces: 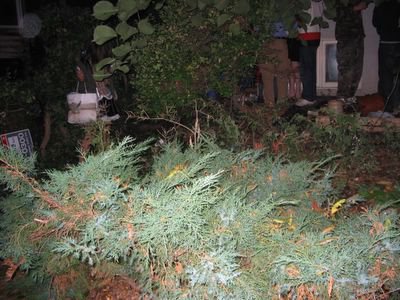 The infamous bush that I fell in last year. . . 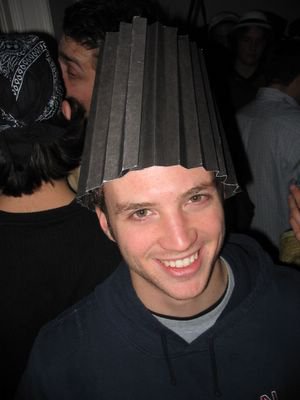 . . .and this guy! Who apparently wasn't a lamp, but was instead a tube of toothpaste or something. He seemed to know me fairly well, despite the fact that I don't remember him at all. After taking this picture solely because his appearance made me laugh, I quickly ended the conversation before I found out what I had been up to the previous night.

Luckily, the police showed up to break up the keg party, so the conversation wasn't too hard to end. 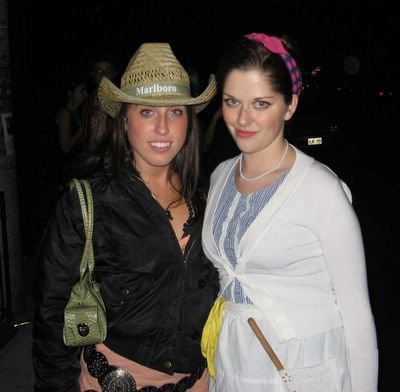 And outside, I ran into Natalie, who is also in my program and lived on the same floor in residence as Brie, Sasha, Katrina and Carla.

Frustrated that we had been to four parties, and nothing had "happened" worthy of story-telling, we went back home to regroup our strategy. 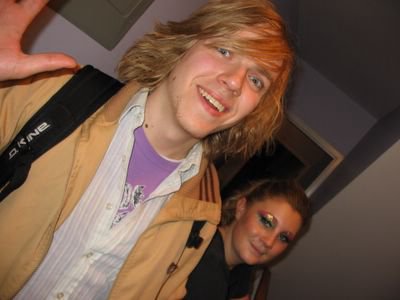 And Mark was there. 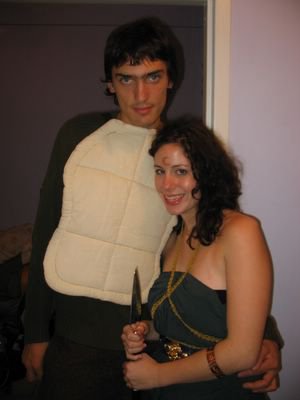 As were Katrina and Jared, who we had lost earlier.

Sasha, Court and I were determined to make something of the night. We headed to Party #5 at Adrift Skateshop in Kensington, but were frustrated to discover that it was winding down and emptying out. 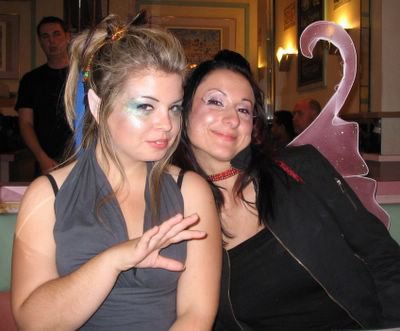 So instead we went to Fran's diner and ate breakfast and celebrated the fact that Daylight Savings Time ended, and that we would get to sleep in an extra hour the next morning.

Because if we're good at anything, it's eating and sleeping.
Posted by Jess at 4:34 PM