Brie and Katrina are enrolled in a fashion photography class right now. What better excuse for me to take pictures? 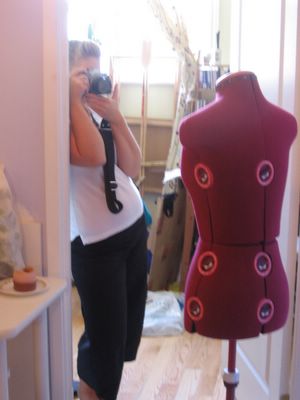 Brie taking a picture of Sasha's judy. This photo is really backlit, but I prefer it that way. 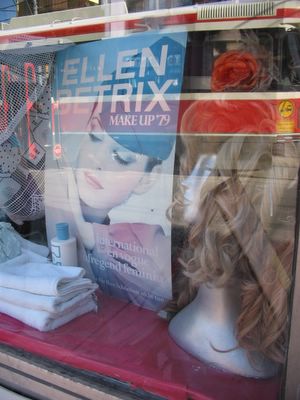 The creepy hair salon next door. This sign featuring makeup from 1979 is not placed there for ironic or trendy purposes- it has actually probably been there since 1979. 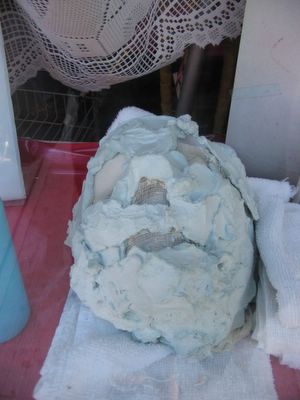 This is also in the window, depicting how wonderful a facial must feel. I suspect this has also been in the window since around 1979. There were many other amazing signs in the window, but right after I took this photo, the owner of the beauty salon (who, by the way, is our next door neighbour and irrationally hates us) came out to yell at me. 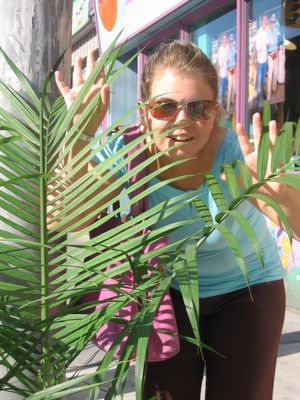 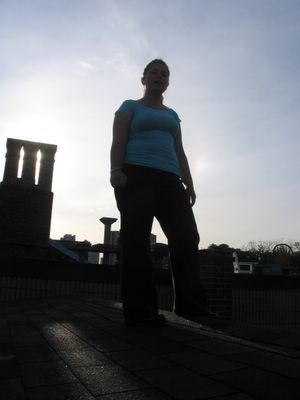 Sasha on our roof. Another really back-lit photo, but I enjoy it. 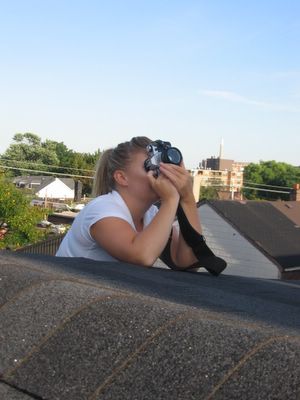 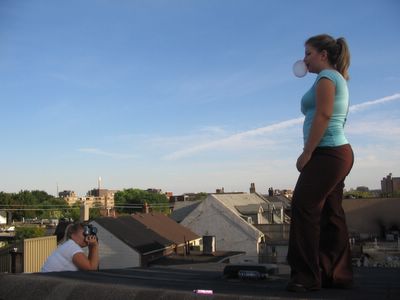 One of Brie's assignments was to take a photo of someone blowing bubbles. 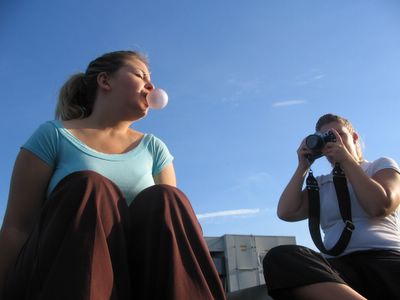 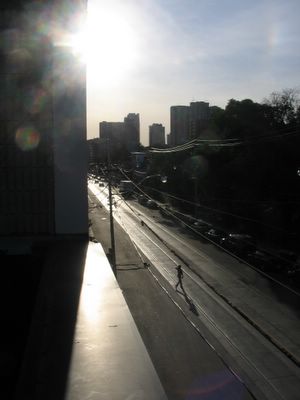 She was also instructed to take pictures of someone taking photos. That would be me. This is a picture I took of Carlton street when Brie instructed me to sit on the ledge of our roof and take a picture. 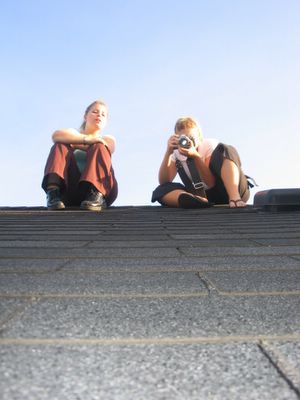 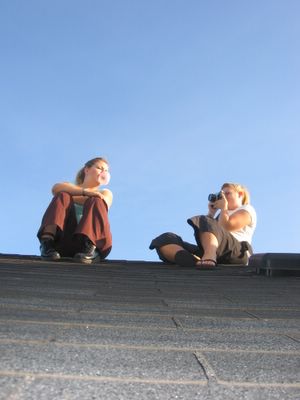 I have bruises from being on the roof so much this week.
Posted by Jess at 6:31 PM